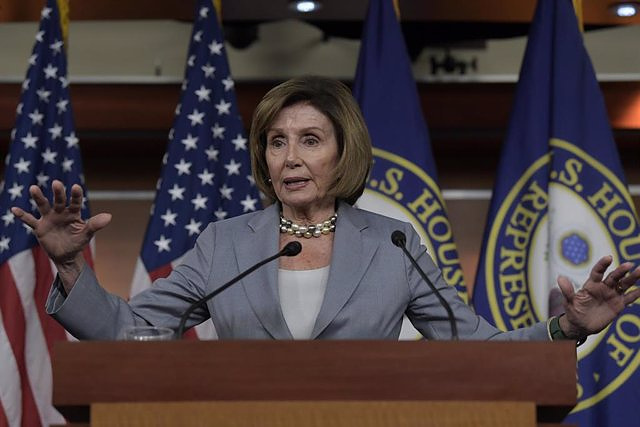 The Speaker of the House of Representatives, Democrat Nancy Pelosi, has pointed out this Sunday that Republican Kevin McCarthy may not have enough votes to succeed her in office even if there is a Republican majority in the House.

"Why value something that may happen or may never happen? No. I don't think it has them, but that depends on its own people, who have to make a decision about where they want to go," Pelosi pointed out in statements to CNN.

Republican congressmen will choose their spokesperson in a closed-door meeting in which a simple majority is necessary to achieve victory and subsequent appointment. Then the plenary will vote for the next president of the Chamber, where 218 votes will be necessary to be elected.

Right now the Republican Party has 211 of the 435 seats in the House, compared to 204 confirmed for the Democratic Party. 20 seats remain to be decided, but no matter what happens, the Republicans will not have the large majority they expected after the elections on November 8.

McCarthy has campaigned among Republican congressmen to be the next president and succeed Pelosi, but from the Freedom Caucus, close to former President Donald Trump, they assume that there will be another candidate besides McCarthy.