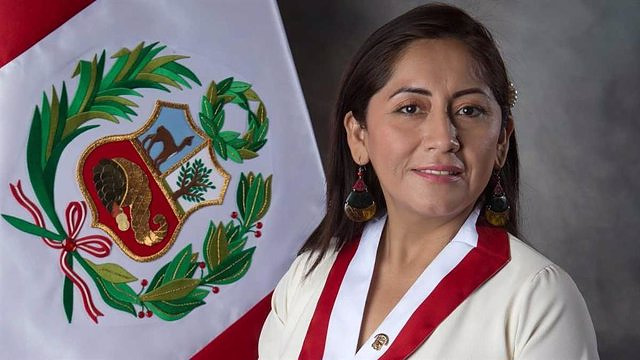 The President of Peru, Pedro Castillo, swore in Kelly Portalatino on Thursday as the country's new Minister of Health, one day after Jorge López was dismissed from office for alleged corruption.

In a ceremony held in the Cáceres Hall of the Government Palace, the new head of Health has expressed her commitment to be loyal to the Constitution of Peru. "For decent and quality health, I do promise," she said, according to 'La República'.

Portalatino is a medical surgeon graduated from the San Pedro de Áncash University and was elected congresswoman of the Republic for the five-year period 2021-2016 by the political organization to which Castillo also belongs, Peru Libre.

In this way, the new head of the Ministry of Health succeeds Jorge López, who was dismissed last Monday by the Peruvian president after a media outlet reported his participation in a possible case of 'smurfing' for the purchase of a property by his former sentimental partner.

The 'smurf' is a form of money laundering, by which the suspects would have contributed large amounts of money through installments, instead of in a single bank deposit, with the intention of not raising suspicions of the control mechanisms in the Bank System.