Post a Comment Print Share on Facebook
Famagusta
DOLLAR 18,64
EURO 19,23
GOLD 1.049,68
BIST 4.977,64
Dogecoin Spike Fuels Meme Token Economy to a Huge Jump of Close to 10%
Report: Only 5.3% Spanish Crypto Investors have been notified to declare...
Why casinos do not allow kids to gamble
Payments giant Stripe launches pilot to test crypto payouts with Twitter
Vlad Ponomarev, CEO of Broxus, on Everscale and the Development of a Universal...
Quik.com now has Minting of.VR and.Metaverse Domains
The Biggest Movers: APE Up Almost 30%, ZIL, and AAVE are Wednesday's...
Paul Farhi, founder of Solidus AITECH, talks about Artificial Intelligence...
Malaysia holds over 600 people for stealing electricity to mine cryptocurrency
Central Bank of Sudan warns of risks associated with cryptocurrency

The opposition hopes to reach "tangible and real agreements" and calls for "free" elections. 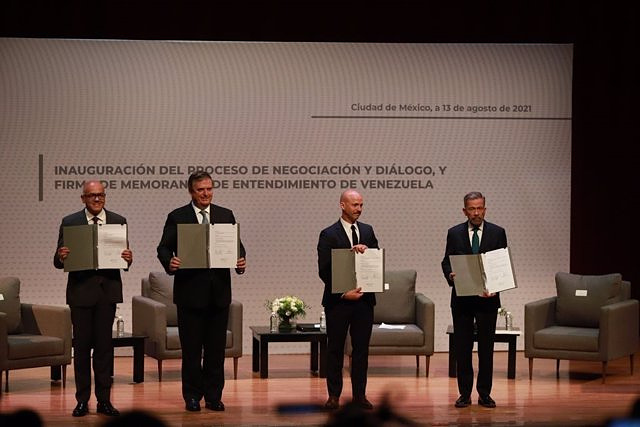 The Government of Norway has formally announced an agreement between the Executive of Nicolás Maduro and the Venezuelan opposition to resume the negotiation process this Saturday in Mexico, more than a year after the failure of the previous attempt.

The Norwegian authorities, who act as 'facilitators' of the process, announced on Thursday that the parties "will sign a partial agreement on social matters" at this start of the negotiations, about which there has been speculation since last week.

The opposition will once again be represented by the Unitary Platform, which brings together the four major parties. This group has also confirmed the new attempt at rapprochement in a process that, in its opinion, "should never have been suspended."

Chavismo got up from the table in August 2021 as a sign of discomfort over the extradition to the United States of Alex Saab, considered a figurehead for Maduro, but in recent days contacts between the parties had taken place again, with a meeting especially symbolically last week at the Paris Peace Forum.

The Unitary Platform hopes to "reach agreements that allow the mechanisms that ensure the well-being of all Venezuelans to materialize." "There will be no real way out of the crisis without a comprehensive political agreement that provides solutions for our people," he acknowledged.

In this sense, he has indicated that he comes to the new process "with the urgency and the will to find once and for all tangible and real agreements", which "translate into solutions for the humanitarian crisis, respect for Human Rights, the compliance with the rule of law and, especially, the construction of conditions and institutions that guarantee, among other things, free and observable elections".

The opposition leader Juan Guaidó has indicated on his Twitter account that the objective is to "achieve that election that means for Venezuela the door to democracy, freedom and the reunion of the family." The opposition already has its sights set on the next presidential elections, for which there is still no date.

"We insist that the agreement, the primary and the presence on the street, are all mechanisms to achieve the election that they owe us," stressed Guaidó, who in January 2019 proclaimed himself "president in charge" of the South American country, asserting his leadership. of the National Assembly.

On the part of Chavismo, the delegation will once again be headed precisely by the president of the National Assembly that emerged in the last elections, Jorge Rodríguez, who has reported on social networks some details of what will be the "second partial agreement".

This preliminary text "creates a practical mechanism, aimed at addressing vital social needs and public service problems," taking into account that Caracas claims to recover "legitimate" resources that are "unfairly blocked" as a result of international sanctions .

Apart from "political differences", Chavismo aspires to the "successful application" of the agreement. "We are convinced and convinced that this social agreement will open the doors to advance the extensive agenda of national dialogue, in the fulfillment of all its objectives for the good of our country," Rodríguez pointed out.

The Maduro delegate has also taken the opportunity to once again express the "firm rejection" of Saab's "illegal detention" and request his incorporation as a member of the government negotiating team. Until then, his wife, Camila Fabri, will occupy his position.

‹ ›
Keywords:
VenezuelaMéxicoNicolás MaduroNoruega
Your comment has been forwarded to the administrator for approval.×
Warning! Will constitute a criminal offense, illegal, threatening, offensive, insulting and swearing, derogatory, defamatory, vulgar, pornographic, indecent, personality rights, damaging or similar nature in the nature of all kinds of financial content, legal, criminal and administrative responsibility for the content of the sender member / members are belong.
Related News 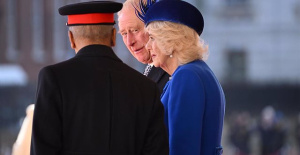 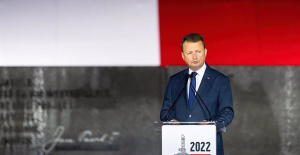