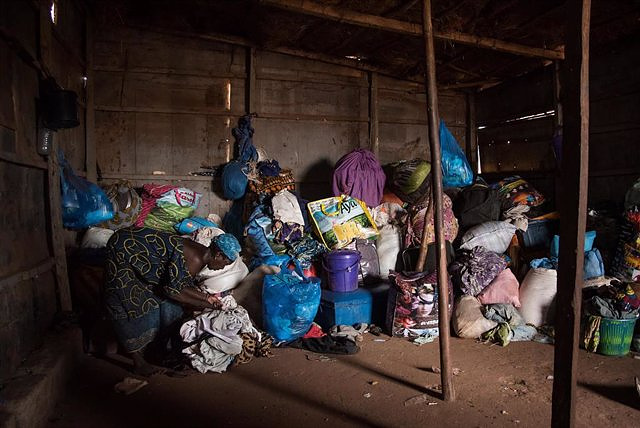 At least eleven people were killed on Monday in an attack perpetrated by unidentified armed persons against a camp for internally displaced persons in central-eastern Mali, the United Nations confirmed on Thursday, amid deteriorating security due to operations by of jihadist groups.

The UN humanitarian coordinator for Mali, Alain Noudéhou, has indicated in a statement that "armed assailants" attacked a camp in Kadji, in the Gounzoureye commune and seven kilometers southeast of Gao.

"The assailants set fire to the homes of the internally displaced, food supplies and stole all the cattle," he lamented, before adding that humanitarian partners, in collaboration with the Gao Regional Social Development Office, have provided psychosocial support to the women and children witnessing the violence and are assessing their urgent needs for an immediate response.

Noudéhou has stated that "these internally displaced persons are fleeing insecurity and are doubly affected by the violence of this attack, which exacerbates their vulnerability." "It is essential to protect civilians throughout the country, including displaced persons," he stressed.

Sources cited by the Malian station Studio Tamani have detailed that the assailants broke into the place around 7:00 p.m. (local time) on Monday, where they "killed all the men before setting fire" to the facilities.

A Gounzoureye leader has pointed to "an unfortunate situation" and stressed that measures are being taken to deal with the incident. "The governor has gone to the place to verify what has happened," he has detailed, before assuring that "an investigation has been opened to determine responsibilities."

Mali, like other countries in the Sahel, has been registering an increasing number of jihadist attacks in recent years, carried out both by the Al Qaeda affiliate in the region and by the Islamic State, which has also increased intercommunal violence. and caused the displacement of tens of thousands of people.

‹ ›
Keywords:
TerrorismoMalíOnu
Your comment has been forwarded to the administrator for approval.×
Warning! Will constitute a criminal offense, illegal, threatening, offensive, insulting and swearing, derogatory, defamatory, vulgar, pornographic, indecent, personality rights, damaging or similar nature in the nature of all kinds of financial content, legal, criminal and administrative responsibility for the content of the sender member / members are belong.
Related News