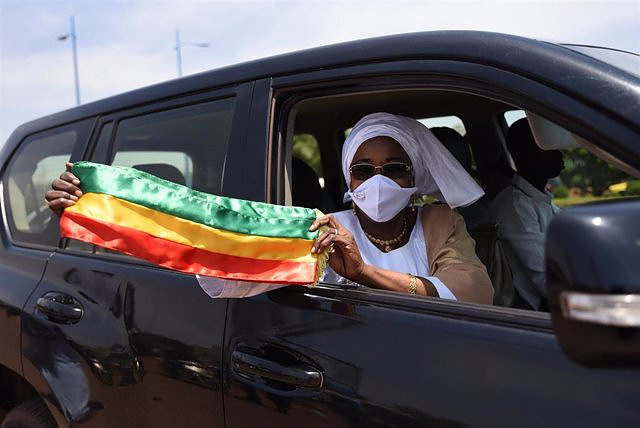 Mali's military junta has categorically denied an alleged failed assassination attempt against an adviser to its leader and the country's transitional president, Colonel Assimi Goita, several sources close to what happened reported to the French newspaper 'Libération' at the time.

According to the newspaper, last Wednesday, November 2, an unidentified sniper shot Captain Souleymane Traoré as he was leaving the Koulouba presidential palace, located on a hill in the capital, Bamako. The bullet hit the soldier's chest, although it was stopped by the bulletproof vest he was wearing, according to three security sources.

Malian military authorities had previously reported an alleged failed assassination attempt against Goita on July 20, 2021, or the alleged coup attempts against the colonels, in November 2021 and May 2022.

However, the Malian government has this time completely denied this alleged attack on Captain Traoré, in what it describes as a "grim scenario invented from scratch", according to a statement published late on Saturday by Maliweb.

The Acting Prime Minister of Mali, Colonel Abdoulaye Maiga, has instead accused the media outlet of being "sponsored by obscurantist and retrograde forces", with the sole objective of "creating psychosis and" desperately destabilizing the transition process "with an "unprofessional, shameless and immoral move".

The African country is now immersed in a transition process since Goita led the coup against the then Malian president, Ibrahim Boubacar Keita, in August 2020, and subsequently led a second coup in May 2021 against the transition authorities - -at which time he overthrew the president and the prime minister, Bah Ndaw and Moctar Ouane-, rising to power.

‹ ›
Keywords:
FranciaMalí
Your comment has been forwarded to the administrator for approval.×
Warning! Will constitute a criminal offense, illegal, threatening, offensive, insulting and swearing, derogatory, defamatory, vulgar, pornographic, indecent, personality rights, damaging or similar nature in the nature of all kinds of financial content, legal, criminal and administrative responsibility for the content of the sender member / members are belong.
Related News