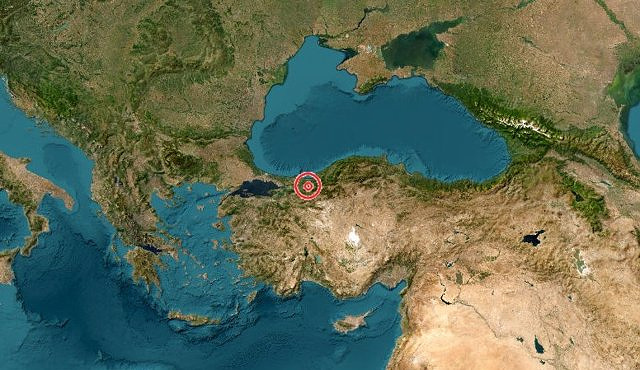 An earthquake measuring 5.9 on the Richter scale occurred early Wednesday morning in the Turkish province of Duzce, 200 kilometers east of Istanbul, injuring at least 35 people so far.

At around 4:30 a.m. (local time), an earthquake occurred in the northwest of the country, with a hypocenter located ten kilometers away, felt in the cities of Istanbul and Ankara, as reported by the Euro-Mediterranean Seismological Center.

As detailed by the Turkish Ministry of Health, headed by Fahrettin Koca, 35 people have been injured after the tremor, of which one is in serious condition. Most of the injured were in Duzce, another victim in Istanbul, one more in Zonguldak and one last in Bolu.

In this regard, the Turkish authorities have made the necessary allocations of ambulances and teams from the National Medical Rescue Team (UKME) to the province.

‹ ›
Keywords:
TurquíaTerremotos
Your comment has been forwarded to the administrator for approval.×
Warning! Will constitute a criminal offense, illegal, threatening, offensive, insulting and swearing, derogatory, defamatory, vulgar, pornographic, indecent, personality rights, damaging or similar nature in the nature of all kinds of financial content, legal, criminal and administrative responsibility for the content of the sender member / members are belong.
Related News