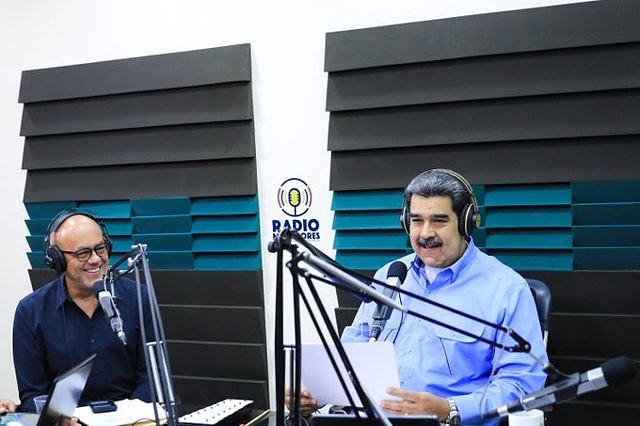 The president of Venezuela, Nicolás Maduro, assured this Thursday night that the country's government will resume dialogue with the opposition on Friday and Saturday with the aim of "rescuing part of the kidnapped resources."

Maduro, who has maintained that his Cabinet is in work commissions for the Unitary Platform that brings together four major parties, has indicated that the ultimate goal of the negotiations is to "rescue part of the billions of dollars that have been kidnapped due to of the sanctions and unilateral coercive measures imposed on Venezuela".

"This dialogue seeks to create a practical mechanism aimed at addressing vital social needs and addressing public service problems, explained the president in an interview for the Radio Miraflores station.

In this sense, Maduro has thanked the participation of Norway and Mexico, "facilitating" authorities of the process, for the establishment of dialogues in order to achieve peace in the country.

As for Norway, the Venezuelan president has described his diplomatic work as "prudent, with no desire for leadership." While he has said that Mexico --the place where the dialogue is resumed-- serves as the basis for these dialogues to be resumed at a new point.

"The news agencies, the hegemonic media from the West and the United States, as well as foreigners, are not going to come and impose anything on Venezuela today or ever," Maduro said.

"No one is going to impose anything on us, not today, not tomorrow, not ever," added the Venezuelan president, according to Venezuelan television VTV.

Thus, he has indicated that his Executive has endeavored to dialogue with all sectors of Venezuelan society, "but in particular with the political sector dependent on the US", in reference to the opponent Juan Guaidó, who in January 2019 proclaimed himself ' Acting President of Venezuela.

Chavismo got up from the table in August 2021 as a sign of discomfort over the extradition to the United States of Alex Saab, considered a figurehead for Maduro, but in recent days contacts between the parties had taken place again, with a meeting especially symbolically last week at the Paris Peace Forum.