The president of France calls for "a global dynamic to put pressure on Russia" and end the war. 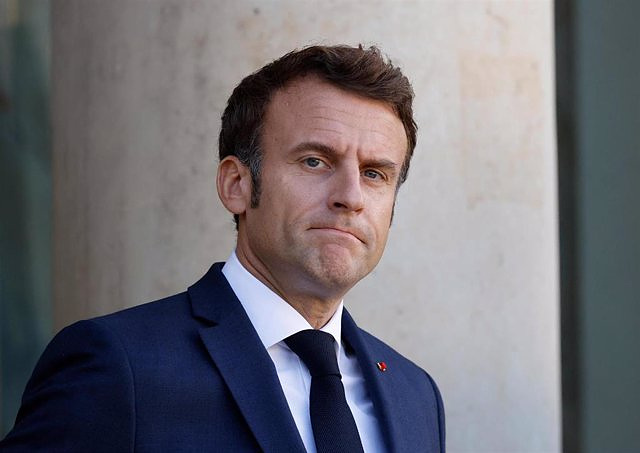 The President of France, Emmanuel Macron, told the leaders of the Asia-Pacific Economic Cooperation Forum (APEC) this Friday that the war in Ukraine "is also their problem" and has appealed to these countries to join the "consensus growing" against Moscow.

Macron has said during the APEC summit in the Thai capital, Bangkok, that "France's main priority is to contribute to peace in Ukraine and to achieve global dynamics to put pressure on Russia," as reported by the French newspaper ' Echos'.

Thus, he stressed that Paris wants to "work very closely" with countries like China, India and nations in the Middle East, Africa and Latin America to "create a growing consensus and say that this war is also their problem, because it will generate a lot of destabilization ".

"Help us send this message to Russia: stop the war, respect the international order and go to the (negotiating) table," said Macron, who also made reference to the growing tensions between the United States and China and its impact on the region and the rest of the world.

In this sense, he stressed that France "does not believe in hegemony and confrontation." "We believe in stability and innovation," she added. "We are in the jungle and we have two big elephants that are getting more and more nervous. If they get very nervous, they will start a war and that will be a big problem for the rest of the jungle," she concluded.

‹ ›
Keywords:
FranciaAsiaUcrania
Your comment has been forwarded to the administrator for approval.×
Warning! Will constitute a criminal offense, illegal, threatening, offensive, insulting and swearing, derogatory, defamatory, vulgar, pornographic, indecent, personality rights, damaging or similar nature in the nature of all kinds of financial content, legal, criminal and administrative responsibility for the content of the sender member / members are belong.
Related News