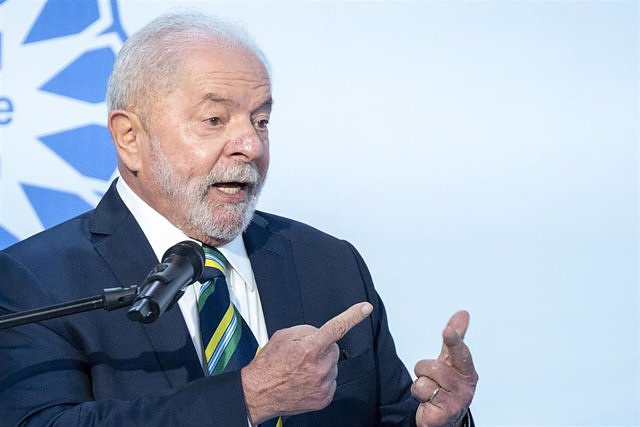 Lula da Silva's representative, Fernando Haddad, announced this Wednesday that the president-elect, before starting his third term in January next year, will visit the United States and Argentina.

Likewise, the also former Minister of Education with Lula and with the former president Dilma Rousseff has assured that the next Brazilian leader would have received an invitation to go to China, reports the newspaper 'Folha de S.Paulo'.

However, confirming the trip to the Asian giant is "more difficult" due to lack of time to carry it out before taking office, he indicated.

"Lula will end the year having spoken with the great powers of the world," Haddad declared, adding that the leader of the Workers' Party, since his presidential victory, has received numerous invitations from high-ranking officials to hold talks, either in person or virtual.

In this way, he explained that the election of the president "is attracting a lot of attention from foreign investors", in reference to the presence of the president at the COP27 summit in Egypt, where he managed to start negotiations for Western countries to participate in donations for the Amazon environmental protection fund.

‹ ›
Keywords:
Estados UnidosJoe BidenBrasil
Your comment has been forwarded to the administrator for approval.×
Warning! Will constitute a criminal offense, illegal, threatening, offensive, insulting and swearing, derogatory, defamatory, vulgar, pornographic, indecent, personality rights, damaging or similar nature in the nature of all kinds of financial content, legal, criminal and administrative responsibility for the content of the sender member / members are belong.
Related News