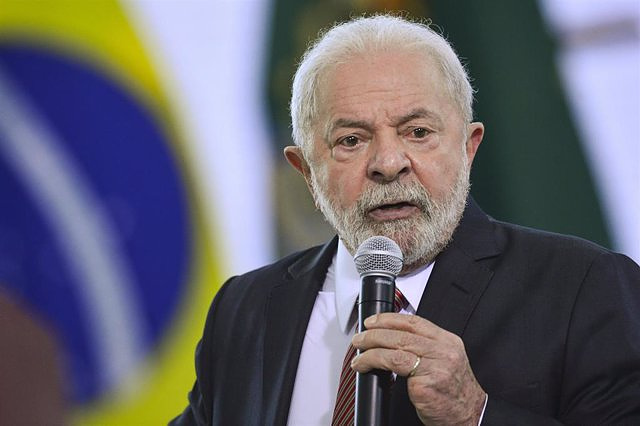 The Brazilian president, Luiz Inácio Lula da Silva, warned this Tuesday that "authoritarian temptations" continue to "challenge" democracy in Latin America and thanked Brazil for international support after the assault on the headquarters of the three state powers at the beginning of January.

During his speech at the summit of the Community of Latin American and Caribbean States (CELAC) in the Argentine capital of Buenos Aires, Lula called for action to guarantee the triumph of democracy against totalitarianism, according to the Brazilian newspaper 'O Balloon'.

Thus, in allusion to the "undemocratic acts" that occurred in Brasilia on January 8, Lula thanked those who "have sided with Brazil and the Brazilian institutions" for their support. "It is important to emphasize that we are a peaceful region, which rejects extremism, terrorism and political violence," she asserted.

Thus, he has appealed for regional unity to face inequality "in its various dimensions" and, at the same time, "guarantee Human Rights, respect for indigenous peoples and the fight against racism." "Nothing should separate us, since everything unites us," she stressed.

"Our colonial past. The intolerable presence of slavery that marked our profoundly unequal societies. The authoritarian temptations that still challenge our democracy today", Lula said, thus enumerating the common points that unite the group of CELAC member countries. .

Finally, the Brazilian president has asked member states for their support for the candidacy of Belém do Pará as the venue for the United Nations Conference on Climate Change in 2025 (COP30).

‹ ›
Keywords:
BrasilLatinoamérica
Your comment has been forwarded to the administrator for approval.×
Warning! Will constitute a criminal offense, illegal, threatening, offensive, insulting and swearing, derogatory, defamatory, vulgar, pornographic, indecent, personality rights, damaging or similar nature in the nature of all kinds of financial content, legal, criminal and administrative responsibility for the content of the sender member / members are belong.
Related News