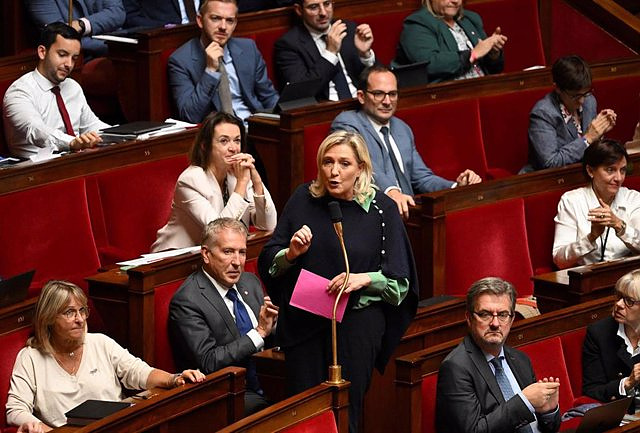 The deputy in the National Assembly and former leader of the far-right National Rally, Marine Le Pen, has affirmed that France must stop the delivery of Caesar self-propelled howitzers to Ukraine, assuring that the country would be without supplies in the event of waging a war.

"We realize the utility of the Army when we ask it to intervene. War can happen, and today we are not in a position to wage it," Le Pen stressed after asking the French government to stop supplying artillery to Ukraine during an interview with Channel News.

Until two weeks ago, the leader of the National Group deplored the means of the French Armed Forces that "barely allow it to keep afloat" an underinvestment that would have been taking place for years.

Meanwhile, Le Pen has opted to favor "the transmission of knowledge and training to the Ukrainian Army", instead of the supply of weapons, according to what he told the aforementioned outlet.

‹ ›
Keywords:
FranciaMarine Le PenUcrania
Your comment has been forwarded to the administrator for approval.×
Warning! Will constitute a criminal offense, illegal, threatening, offensive, insulting and swearing, derogatory, defamatory, vulgar, pornographic, indecent, personality rights, damaging or similar nature in the nature of all kinds of financial content, legal, criminal and administrative responsibility for the content of the sender member / members are belong.
Related News