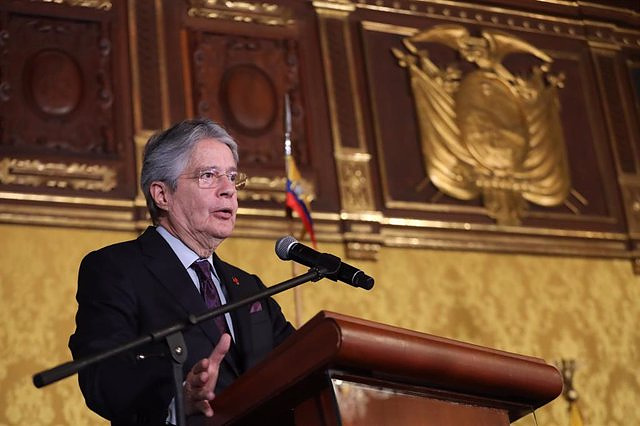 The president of Ecuador, Guillermo Lasso, has signed this Friday the definitive text of the Communication Law with which he puts an end to the previous norm, nicknamed the 'Gag Law', with which he hopes to recover the freedom of the press so that the media they can "unmask the narco-politicians" who operate in the country and from abroad, without receiving threats.

Lasso has pointed out that the normative text puts an end to the control and prior censorship bodies of the code approved in June 2013, during the government of Rafael Correa. For this reason, he has pointed out the opponents of this reform for "trying to destabilize Ecuador" and not showing solidarity with the attacks suffered by the Police and the military by organized crime gangs.

"The growth of drug trafficking has been proportional to the human baseness of some leaders. Today we are living the consequences of that perverse relationship," he maintained this Friday, after assuring that this law is vital "to build the peace that Ecuador needs."

"Today, on one side of the political map, those who seek to favor crime, organized gangs, drug trafficking are clearly identified. On the other side are those of us who are in favor of democracy, in favor of the people, in favor of freedom," he said. sustained.