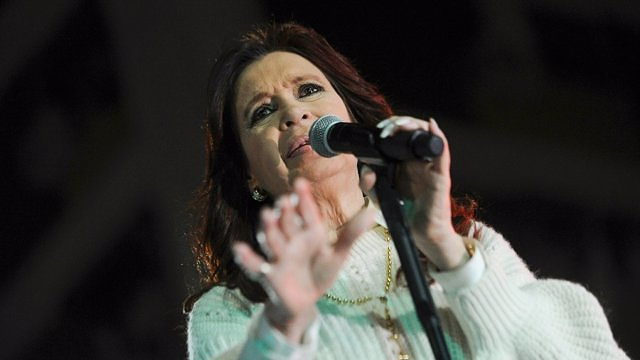 The Vice President of Argentina, Cristina Fernández Kirchner, has reiterated her criticism of Judge María Eugenia Capuchetti, in charge of the investigation into the assassination attempt suffered by the politician at the beginning of September, and has described the continuity of the magistrate as "unsustainable". in front of the case.

"In this 4-minute and 4-second video you will learn about the new and very serious irregularities of the non-investigation of Judge Capuchetti," the vice president wrote in a message on her profile on the social network Twitter.

This tweet accompanies a video with details of the process of the case, in which Fernández Kirchner has highlighted the appeal that he filed this Monday against the magistrate that was rejected.

The video, related by the journalist Julia Mengolini, has indicated that the appeal presented this Monday is based on the fact that "the investigation began very badly."

"A few hours after the attack and in the custody of Capuchetti, the contents of the cell phone of (Fernando) Sabag Montiel, the murderer who triggered the weapon 15 centimeters from Cristina's face, was destroyed and erased," the audiovisual document considers.

He also recalls that "for days, the judge delayed the arrest of two of his accomplices: Brenda Uliarte and Nicolás Carrizo." "To this was added the paralysis of the case as soon as evidence linking opposition leaders to the attack appeared," she continues.

In addition, Kirchner has regretted that Capuchetti has not investigated deputy Gerardo Milman for warning about a "false attack" against Cristina "to victimize her, get her out of the judicial ropes in which she finds herself", and for "requesting reports on the operation of custody of the vice president and her family".

Likewise, the vice president recalled that "during the Government of Mauricio Macri and before being appointed to the position, Capuchetti was a regular visitor to the Federal Intelligence Agency (AFI)".

To this is added the suspicion that the magistrate had received instructions on how to treat the case through the media and the possible lines of investigation, as denounced by the 'number two' of the Government of Argentina.

The federal judge on Monday rejected the appeal filed by the vice president, who alleged actions "at least, negligent" from "the first day of the investigation", when the aggressor's phone was reset.

The magistrate argued in the resolution that the "alleged partiality" denounced could not find "any correlation with objective data", so that "the possible existence of a fear of partiality" could not be substantiated, "reports the Argentine newspaper 'La Voz'.