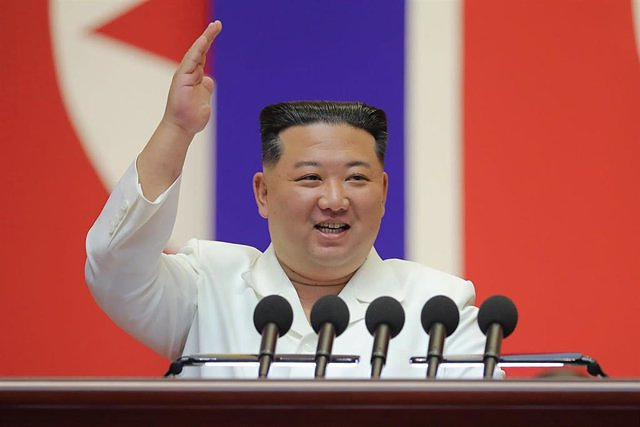 The daughter of the leader of North Korea, Kim Jong Un, has been seen for the first time in public this Friday when the North Korean state agency has released some images in which she is seen shaking hands with the president while they look at military equipment.

In the photographs the daughter, whose name has not been released by KCNA, wears a white coat and accompanies Kim Jong Un in what appears to be supervising the launch of the intercontinental missile announced this Friday.

The North Korean leader is very reserved when it comes to his private life and hardly any information about it has come out. As reported by CNN, South Korean Intelligence estimates that the marriage with Ri Sol Ju was revealed three years after the wedding.

In 2013, basketball player Dennis Rodman told 'The Guardian' newspaper that he had been able to meet Kim's baby and that she was called "Ju Ae", although this information has not been officially confirmed, but he confirmed the rumors that arose in the country of which his wife was pregnant a year earlier.