Kenyan troops arrive in Goma, near the epicenter of the conflict between the DRC Army and the M23 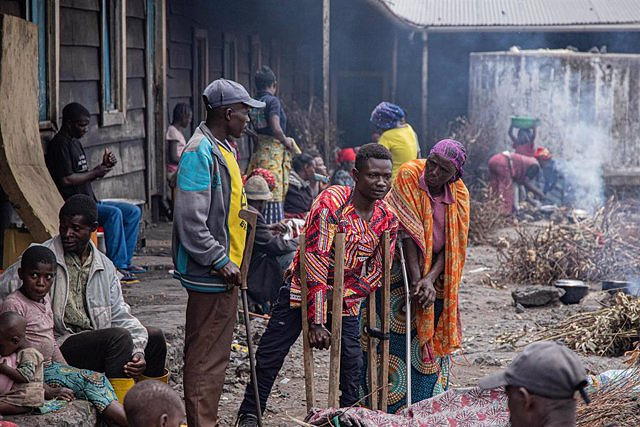 The Kenyan Army has confirmed this Saturday the deployment of the first group of Kenyan soldiers in the city of Goma, in the northeast of the Democratic Republic of the Congo (DRC) and near the epicenter of the fighting between the Congolese Army and the rebel group of the Movement March 23 that have unleashed in recent weeks an exodus of the population and a serious diplomatic crisis between the DRC and Rwanda.

The Kenyan Parliament approved on Wednesday the deployment of 900 soldiers in this mission to one of the most dangerous areas of the continent, devastated for decades by the presence of numerous armed groups.

The M23 has been accused since November 2021 of carrying out attacks against DRC Army positions in North Kivu province, seven years after the parties reached a truce. United Nations experts have accused Uganda and Rwanda of supporting the rebels, although both countries have denied this.

The conflict has also led to a crisis between the DRC and Rwanda, a country that Kinshasa accuses of supporting the M23, although Kigali has rejected these claims and has charged its neighbor for its alleged support for the rebel movement of the Democratic Forces for Liberation. of Rwanda (FDLR).

Despite diplomatic efforts, clashes are still taking place in various parts of North Kivu, in particular on the axis between Kahunga and Mabenga, in Rutshuru territory.

The deployment in the capital of North Kivu, where thousands of displaced persons have arrived in recent weeks, takes place a week after the President of Kenya, William Ruto, presented a concrete plan for the deployment of this peace initiative by the Forces Kenya Defense Forces (KDF) in the province.

"We all have an interest in a stable Democratic Republic of the Congo and an interest in protecting its security," the president declared in comments collected by 'The Nation'.

The Kenyan president has highlighted that Kenya's participation in the deployment, within the framework of a decision by the East African Community (EAC), is part of Nairobi's "proud peacekeeping legacy" and has called on troops involved to carry out their tasks "in a professional manner".

This Saturday, the president of Angola, Joao Lourenço, will travel to the DRC to meet with his counterpart Félix Tshisekedi as a mediator to resolve the conflict with Rwanda, where the Angolan leader already met on Friday with President Paul Kagame.

The visit to the DRC of former Kenyan president Uhuru Kenyatta, also a mediator in the Congolese conflict, is also expected to see first-hand the evolution of the deployment of troops and the situation of the clashes.

‹ ›
Keywords:
República Democrática Del CongoKeniaRuanda
Your comment has been forwarded to the administrator for approval.×
Warning! Will constitute a criminal offense, illegal, threatening, offensive, insulting and swearing, derogatory, defamatory, vulgar, pornographic, indecent, personality rights, damaging or similar nature in the nature of all kinds of financial content, legal, criminal and administrative responsibility for the content of the sender member / members are belong.
Related News