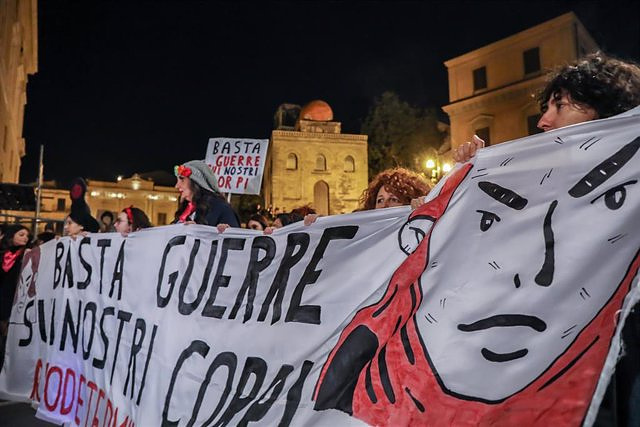 The Government of Italy has published a report detailing that 104 women have been killed by gender violence so far in 2022, of which 88 have taken place in the emotional or family sphere and 52 have been victims of their partner. or ex.

On the occasion of the Day against Gender Violence, the report 'Prejudices and violence against women' released by the Italian Ministry of the Interior states that male violence has suffered a general increase compared to last year.

Although the data shows that in 2021 the victims at this time of the year had been 109 women, it has been a barely felt decrease, especially after the week of November 14 to 20 of this year, 10 murders of women in the transalpine country.

Likewise, the report from the Ministry of the Interior has reported that in 2022 there have been 4,416 sexual violence (9 percent more than in 2021), with more than 92 percent of the victims being women.

There has also been a 12 percent increase in the number of violations of removal orders from the family home and restraining orders. Regarding harassment online, 194 complaints from women have been registered compared to 151 in 2020.

Sexist violence has been described as a "national drama" by the Prime Minister of Italy, Giorgia Meloni, who has advocated, among other issues, to facilitate the adoption of new protocols and promote "best practices" in the courts, so that the judicial system more effective in acting.

Meloni, who heads a tripartite right-wing coalition, has established "prevention, protection and the certainty of punishment" as pillars to combat male violence, against which he has repeatedly spoken out in a speech that contrasts with that of other European partners.

"This government is on the front line to combat violence against women and the terrible plague of femicide. We owe it to the many victims, often without justice, and to all those who are still forced to suffer this barbarity today," he said. claimed on his Facebook account.

In opposition, the former president of the Senate and member of the Democratic Party, Laura Boldrini, has mourned the death of the 104 women since the beginning of the year.

"A femicide every three days. Murdered by men who should love them: violence disguised as love. That is why we need a cultural revolution that erases the patriarchal mentality and affirms respect for women," Boldrini asserted.

The Democratic Party launched on the 23rd a campaign on social networks calling for an end to 'online' violence with the help of 21 women actresses, writers and journalists who have been victims of harassment on the internet.

‹ ›
Keywords:
ItaliaViolencia De Género
Your comment has been forwarded to the administrator for approval.×
Warning! Will constitute a criminal offense, illegal, threatening, offensive, insulting and swearing, derogatory, defamatory, vulgar, pornographic, indecent, personality rights, damaging or similar nature in the nature of all kinds of financial content, legal, criminal and administrative responsibility for the content of the sender member / members are belong.
Related News