Israel attacks a Hamas military facility and tunnel in Gaza, in response to a rocket fired on Saturday 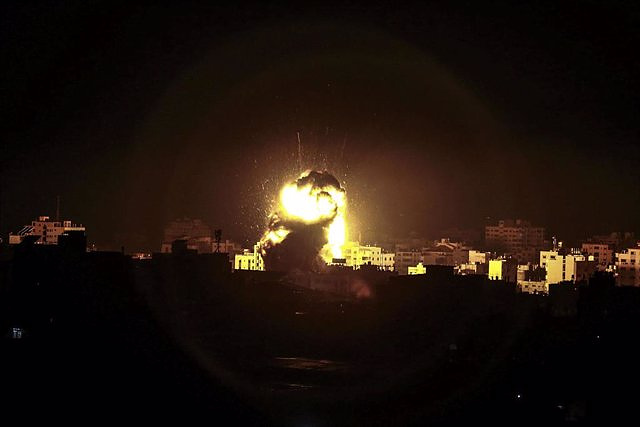 The Israeli Army has reported several attacks at dawn this Sunday by combat planes in response to the first rocket launched from the Gaza Strip in a month, which have targeted a workshop for the production of anti-aircraft missiles and a tunnel associated with Hamas.

"Tonight's attack follows the trend of damaging Hamas's capacity to strengthen the Gaza Strip," the Israel Defense Forces (IDF) said in a message on its Twitter account.

The Israeli authorities denounced this Saturday the impact of a rocket launched from the Gaza Strip and which caused no casualties or material damage, after hitting an unpopulated area in southern Israel.

Islamic Jihad had recently threatened a response to the deaths of several of its supporters in the West Bank.

‹ ›
Keywords:
HamásIsraelPalestina
Your comment has been forwarded to the administrator for approval.×
Warning! Will constitute a criminal offense, illegal, threatening, offensive, insulting and swearing, derogatory, defamatory, vulgar, pornographic, indecent, personality rights, damaging or similar nature in the nature of all kinds of financial content, legal, criminal and administrative responsibility for the content of the sender member / members are belong.
Related News