The jihadist group continues its disintegration before the blows to its leadership, very weakened after the death of Al Baghdadi. 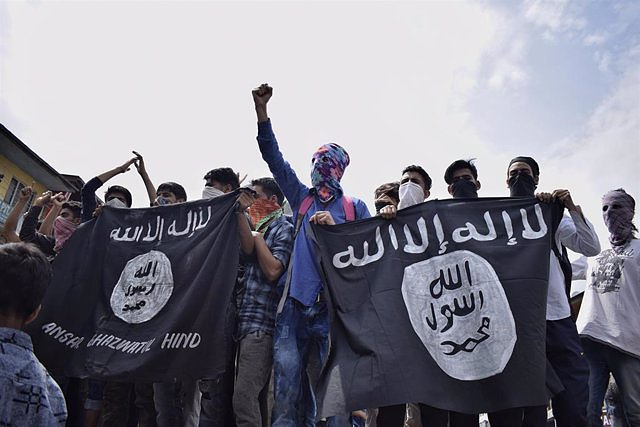 The jihadist group continues its disintegration before the blows to its leadership, very weakened after the death of Al Baghdadi

The confirmation by the Islamic State of the death of its leader, Abu al Hasan al Hashemi al Quraishi, represents a new setback for the group, although on this occasion the announcement has been marked by uncertainty regarding the identity of the leader of the jihadist group, increasingly secretive about its high positions.

Abu al Hasan al Hashemi al Quraishi was appointed head of the group in March after the death of Abu Ibrahim al Hashimi al Quraishi in a US special forces operation in the northwestern Syrian province of Idlib. Islamic State revealed only the "nom de guerre" of its leader, something it already did with its predecessor, making it difficult to identify its leaders, who have also died without making statements or issuing any statement to their followers and members.

Both had opted for a very low profile, far from that adopted by the founder of the territorial 'caliphate' of the Islamic State, Abu Bakr al Baghdadi, who lavished himself on acts and statements after the lightning offensive of the jihadists in Iraq and Syria in 2014. Al Baghdadi, who died in October 2019 after blowing himself up during a US special forces operation also in Idlib, had launched a large propaganda machine around his figure.

In contrast, both Abu Ibrahim and Abu al Hasan were appointed without any information about their real identity, especially given the death of high-ranking officials and the lack of charismatic figures to maintain their mobilization capacity. In fact, Abu Ibrahim was identified months after his appointment as Muhamad Said Abdelrahman al Maula, while doubts remain about Abu al Hasan.

Proof of this uncertainty is reflected in the fact that the United States Central Command (CENTCOM) published a statement after confirming his death to detail that he died in mid-October in an operation by the Free Syrian Army (ELS) --backed by Turkey. -- in Deraa province (south). The United States has not detailed why it did not announce the death of the Islamic State leader, which opens the door to the possibility that the jihadist died during an anti-terrorist operation without then being identified as Abu al-Hassan al-Hashimi al-Quraishi.

However, official sources cited by the Voice of America station have said that the identity was confirmed through DNA tests, although they have denied commenting on the reasons for withholding this information, in the context of doubts in the expert community. about the real identity of the jihadist.

In this sense, intelligence information handled by various countries suggests that Abu al Hasan was probably Jumaa Auad Ibrahim al Badri, Al Baghdadi's brother, or Abdelrauf al Muhajir, a senior member of the group. A third option considered is that Abu al Hasan was Bashar Khatab Ghazal al Sumaida, although Turkey recently confirmed that this man has been detained since May, when security forces carried out a raid in the city of Istanbul.

Added to these possibilities are some speculations, such as the one raised by Hasán Hasán, an expert in jihadism, who points out that the Islamic State could have "faked" the death of its leader if he was really Al Sumaida to avoid a blow to its image. Al Sumaida himself would have acknowledged in statements to Turkish prosecutors that he was the leader of the Islamic State, according to the Middle East Eye portal, while stressing that he accepted the appointment against his will due to his popularity and the absence of senior positions. alive.

For this reason, Hasan has highlighted in a series of messages on his account on the social network Twitter that "since the Islamic State never identified the person behind the nom de guerre 'Abu al Hasan al Quraishi, they could easily say that he is dead. and replace him with Abu al Hussain al Quraishi".

"Who could know?", he asked, before defending that "it is not impossible for the Islamic State to lie to save itself from one of the most harmful things for the group among its followers, choosing a leader who allows himself to be captured and the possible damage of what it says. A simple change of name solves it", has argued.

In this context, the new leader of the Islamic State, Abu al-Hussein al-Hussein al-Quraishi --seventh to hold the position since the founding of the group in 2004 by Abu Musab al-Zarqawi--, faces a situation of weakening the central leadership of the group, which nevertheless continues to pose a great threat due to its many branches in the world, especially in Africa.

Abu al Hussein has only been described as "a veteran fighter" and "one of the loyal sons of Islamic State" by the group's spokesman, Abu Omar al Mujahir, who again avoided giving his real identity in the message about the appointment, made immediately after confirming the death of Abu al Hasan.

The jihadist group has been in a process of restructuring and expansion since the death of Al Baghdadi after the loss of its territorial 'caliphate' after the takeover in March 2019 of the Syrian city of Baghuz by the Syrian Democratic Forces (SDF), led by the Syrian Kurdish militia People's Protection Units (YPG) and supported by the United States.

Since then, the cells present in Iraq and Syria began to try to regroup, increasing their attacks in recent years, while their most active 'provinces' have become the Islamic State in West Africa (ISWA) and the Islamic State in the Greater Sahara. (ISGS), which operate in the Lake Chad basin and the area known as 'the three borders', between Mali, Burkina Faso and Niger.

They are also joined by the Islamic State in Central Africa (ISCA), which began its operations in the Democratic Republic of the Congo (DRC) and remains especially active in the east of the country, while it has expanded operations to the north of Mozambique and has reached to even claim responsibility for attacks in Uganda, and the Islamic State of Khorasan Province (ISKP), active in Afghanistan.

This dispersion of the chain of command, in which each group is highly operational without great dependence on the central core, has been furthered by the elimination of numerous high-ranking officials of the jihadist group in recent months. Added to the aforementioned leaders of the group are the aforementioned arrest of Al Sumaida in May and the loss of five other key elements of the organization in the last eight months, including Hani Ahmed al Kurdi, in charge of the group's operations in Syria and detained in June in a US airborne operation.

In addition, Maher al Agal, the group's leader in Syria, was killed in July in a US drone strike, while Rakan Uahid al Shamari was killed in an October raid by US troops in Qamishli. Barely a day after this latest operation, the United States carried out a bombardment in the area that resulted in the death of Abu Ala, allegedly one of the five main senior officials of the group, and Abu Muhad al Qahtani, head of Affairs of Islamic State Prisoners.

For all these reasons, the White House spokeswoman, Karine Jean-Pierre, stressed that Washington is "satisfied" with the "quick succession" of the deaths of the last leaders of the Islamic State. "The United States remains committed to confronting the global threat from Islamic State and stands ready to work with international partners who share this same goal," she stressed.

‹ ›
Keywords:
TerrorismoDaesh
Your comment has been forwarded to the administrator for approval.×
Warning! Will constitute a criminal offense, illegal, threatening, offensive, insulting and swearing, derogatory, defamatory, vulgar, pornographic, indecent, personality rights, damaging or similar nature in the nature of all kinds of financial content, legal, criminal and administrative responsibility for the content of the sender member / members are belong.
Related News