The UN criticizes an "unnecessary and disproportionate" use of force and calls for the release of those arrested in the demonstrations. 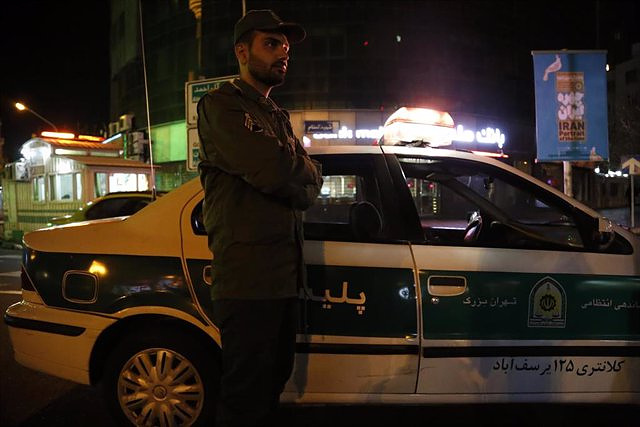 The Iranian authorities have affirmed this Tuesday that 40 foreigners are among the thousands detained for their participation in the protests that have been taking place for two months after the death in custody of Mahsa Amini, a woman detained in Tehran for allegedly wearing a bad dress. veil.

The spokesman for the Iranian judicial apparatus, Masud Setayeshi, has indicated that some of the detained foreigners were "on the ground" at the time of the arrest, after Iran indicated that among those arrested were members of the French intelligence services.

Setayeshi has not given details about the nationalities of these people, before adding that to date more than 2,400 people have been charged for their role in the mobilizations, as reported by the Iranian news agency Mehr.

Among the detainees are two Spaniards: a 24-year-old woman arrested in early November and a 41-year-old man arrested when he was walking to Qatar to see the World Cup. The Government of Spain advises against travel to the country due to the repression of the protests.

Steyeshi has stressed that "the demand of the population is that decisive action be taken against the accused and the criminals." "Everyone is equal before the law", he pointed out, before denouncing that "the enemy has shown his true face". "Today's terrorists are economic terrorists," she has pointed out.

Likewise, he stressed that the judicial apparatus "has carried out its task with precision and speed" and has promised that "terrorists will be brought to justice for their actions." "This evil will end soon", he said, while stressing that "the judicial apparatus does not ignore the blood of the martyrs".

For its part, the United Nations High Commissioner for Human Rights has warned that the increase in the number of deaths from the repression of the protests, including two children who died over the weekend, reflects the "critical" situation in the country.

"We ask the authorities to address the demands of the population for equality, dignity and rights instead of using unnecessary and disproportionate force to suppress protests," said agency spokesman Jeremy Laurence.

"The lack of accountability for the serious violations of Human Rights in Iran persists and contributes to the growing complaints," he said, before noting that more than 300 people have died, including 40 children, due to the repression of the protests.

In this sense, Laurence has detailed that "there are dead protesters in 25 of the 31 provinces of Iran, including more than a hundred in Sistan and Balochistan." "Iranian official sources have also reported the deaths of several members of the security forces since the start of the protests," she added.

Laurence has emphasized that more than 40 people have been killed in the Kurdistan region in the last week, an area where "a significant number" of security agents have been deployed to suppress mobilizations in cities such as Javanrud and Saqez.

"The apparent refusal of the authorities to deliver the bodies of the dead to their families or condition this delivery on the fact that the relatives do not speak to the media or accept a false narrative about the cause of their death is of particular concern," he explained.

On the other hand, he has criticized that "thousands" of people have been arrested in the protests and that at least six have been sentenced to death, while "a growing number of people, including celebrities, athletes and men who have supported the protests, have been summoned to testify or arrested".

"We remind the international authorities that, according to Humanitarian Law, they have the obligation to respect and guarantee the right to assembly and freedom of expression," he said, before demanding the release of all those detained for "exercising their rights."

"Our office also calls on the Iranian authorities to immediately impose a moratorium on the death penalty and to revoke death sentences issued for crimes that do not fall under the most serious crimes under international law," Laurence stressed.