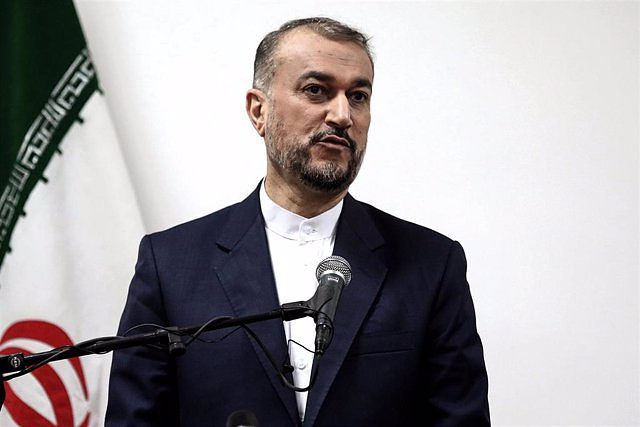 The Government of Iran has announced this Wednesday sanctions against 34 people and entities from countries of the European Union (EU) and the United Kingdom, including the former vice president of the European Parliament Alejo Vidal-Quadras --already sanctioned in October 2022--, in response to to the latest punitive measures by the bloc and London for the repression of the demonstrations that have been taking place since September after the death in custody of a woman arrested for allegedly wearing the veil incorrectly.

The Iranian Foreign Ministry has indicated that the sanctions "are part of the relevant regulations and mechanisms" and come as a "reciprocal action" to the measures of the EU and the United Kingdom, while accusing the bloc and London of "supporting terrorists, inciting terrorist acts and violence in Iran and interfering with the internal affairs" of the Asian country.

"Iran condemns the actions of the EU and the British regime with its support and facilitation, as well as its refusal to face the destructive actions of the sanctioned individuals and institutions, which violate its international obligations in the field of combating terrorism." , has stated in a statement published through its website.

Thus, it has detailed that the sanctions include the prohibition of issuing visas, the prohibition of entry into Iranian territory, the blocking of bank accounts and the confiscation of property and assets that these persons and entities may have under the jurisdiction of Tehran.

The entities sanctioned in EU territory are the radio station Radio J, based in France, the group European Friends of Israel (EFI) and the construction company Bau Heberger, "for their participation in the manufacture of chemical weapons used in war imposed with Iraq (1980-1988).

Among the people sanctioned are the French Minister of Housing, Olivier Klein; the commander of the German forces in Jordan, Timo Heimbach; the mayoress of Paris, Anne Hidalgo; the philosopher and writer Bernard-Henry Lévy; former French parliamentarian Gilbert Mitterrand; the editor of 'Charlie Hebdo' magazine, Gerard Biard; Laurent Souresseau and Silvie Coma, also employees of the magazine; and various MEPs from Germany, Austria, Italy, Sweden and the Netherlands, among others.

‹ ›
Keywords:
Reino UnidoLondresIránParlamento EuropeoUE
Your comment has been forwarded to the administrator for approval.×
Warning! Will constitute a criminal offense, illegal, threatening, offensive, insulting and swearing, derogatory, defamatory, vulgar, pornographic, indecent, personality rights, damaging or similar nature in the nature of all kinds of financial content, legal, criminal and administrative responsibility for the content of the sender member / members are belong.
Related News