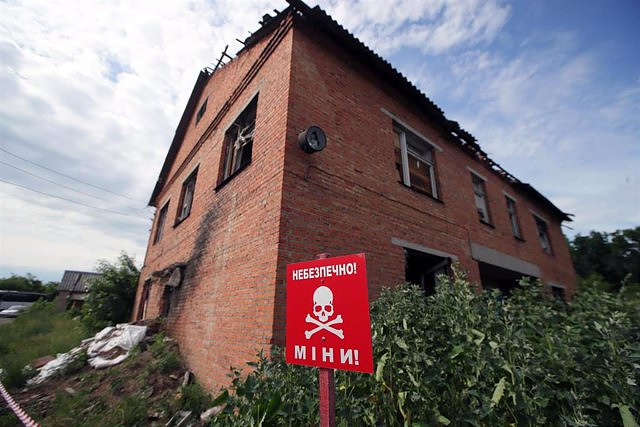 The International Committee of the Red Cross (ICRC) has warned this Friday of the danger posed by the arrival of winter for the civilian population of Ukraine, which is exposed to death from the explosion of mines that have escaped the operations of the bomb squads being hidden between snow and ice.

For example, the ICRC explains that the lack of heating will force people to venture to collect firewood in forests that may be littered with mines and other unexploded ordnance.

This announcement comes a few days before the commemoration, next Sunday, of the 25th anniversary of the Convention on the Ban on Anti-Personnel Mine, an agreement that, since its entry into force, has contributed to the elimination of nine out of ten mines or unexploded ordnance throughout the planet, with a view to its total eradication, according to the best wishes, in 2025.

In the particular case of the Ukrainian conflict, the regional director of the ICRC, Ariane Bauer, indicates that "mines and unexploded ordnance are a latent danger on agricultural land and in neighborhoods" during hostilities and has asked Russia and Ukraine that they signpost and clear "contaminated areas as soon as possible" and that they "inform the civilian population of the dangers."

The ICRC recalls that eastern Ukraine in particular was already particularly dangerous territory in this regard due to the conflict that began in 2014 over Donetsk and Lugansk. The mines of the current war, he laments, are overlapping with those that have been buried for eight years.

Right now there is a team of 18 ICRC specialists dedicated to participating in demining and information operations, who also help to repair damage to homes and essential infrastructure works.

‹ ›
Keywords:
UcraniaCruz Roja
Your comment has been forwarded to the administrator for approval.×
Warning! Will constitute a criminal offense, illegal, threatening, offensive, insulting and swearing, derogatory, defamatory, vulgar, pornographic, indecent, personality rights, damaging or similar nature in the nature of all kinds of financial content, legal, criminal and administrative responsibility for the content of the sender member / members are belong.
Related News