Hundreds of flights canceled in Canada due to a snow storm 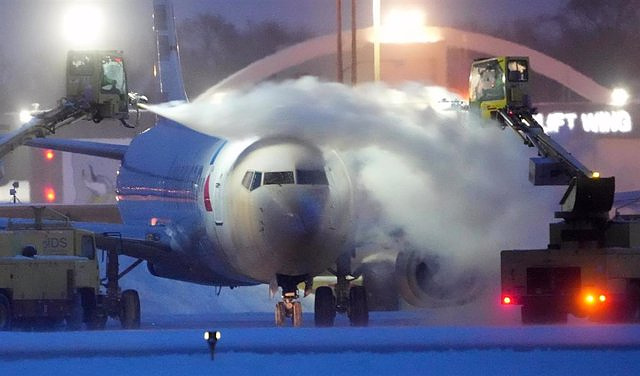 Hundreds of flights have been canceled this Wednesday at the largest airport in Canada due to the snowstorm that is hitting the south of the country and other parts of the United States.

Nearly 25 percent of departures and about 26 percent of arrivals at Pearson International Airport in Toronto have been canceled after Environment Canada forecast up to 20 centimeters of snow in several regions for the Thursday, reported 'The Globe and Mail'.

According to data from the airport, as of Wednesday night, more than 400 departures and arrivals had been cancelled. Some of the cancellations were for flights that morning, while many others were scheduled for later.

The airport spokeswoman, Tori Gass, explained to the aforementioned media that many of the cancellations were related to weather conditions in other places, since the storm that hit Ontario also affected cities in the United States.

‹ ›
Keywords:
Estados UnidosCanada
Your comment has been forwarded to the administrator for approval.×
Warning! Will constitute a criminal offense, illegal, threatening, offensive, insulting and swearing, derogatory, defamatory, vulgar, pornographic, indecent, personality rights, damaging or similar nature in the nature of all kinds of financial content, legal, criminal and administrative responsibility for the content of the sender member / members are belong.
Related News