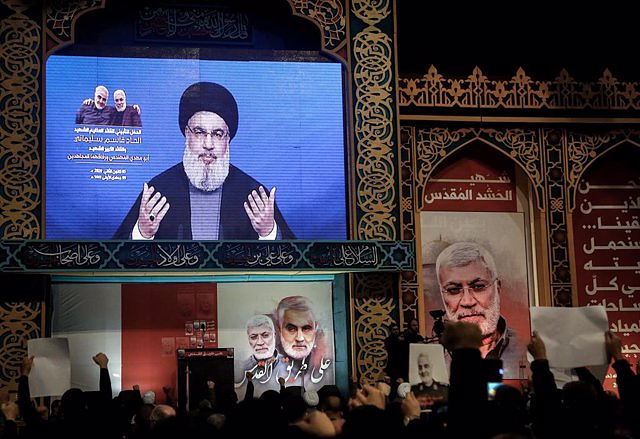 The Lebanese Shiite party-militia Hezbollah has applauded the double bomb attack carried out on Wednesday in Jerusalem, which left one dead and more than a dozen injured, and has spoken of "heroic operations" by "resistance fighters Palestine".

The group has said that these attacks "represent the rejection of the Palestinian people to the continuation of the occupation" and reaffirm their "strong will" to "confront the arrogance of the enemy and respond to their crimes and terror."

Likewise, he has stressed that they represent a confirmation of "the ability of the resistance to penetrate through the strict security measures of the enemy" to "deliver painful blows to the Zionists in the right place and at the right time", according to what the chain has collected. Lebanese television station Al Manar.

Hezbollah has also stated that there is "a race among Palestinian youth to join the front of the jihad" and has stressed that "it sends a hopeless message to the Zionist usurpers, since there is no place for Israelis in the pure land of Palestine". .

The double bomb attack was carried out at two bus stations in Jerusalem. The deceased has been identified as Aryeh Schupak, a 16-year-old Israeli-Canadian teenager who was studying at a yeshiva in the city.

For their part, Palestinian armed groups, including the Islamic Resistance Movement (Hamas) and Islamic Jihad, applauded the attack and described it as "a natural reaction" to the "repression" by the Israeli authorities. However, no one has claimed responsibility for the attack.

‹ ›
Keywords:
LíbanoJerusalénTerrorismoPalestina
Your comment has been forwarded to the administrator for approval.×
Warning! Will constitute a criminal offense, illegal, threatening, offensive, insulting and swearing, derogatory, defamatory, vulgar, pornographic, indecent, personality rights, damaging or similar nature in the nature of all kinds of financial content, legal, criminal and administrative responsibility for the content of the sender member / members are belong.
Related News