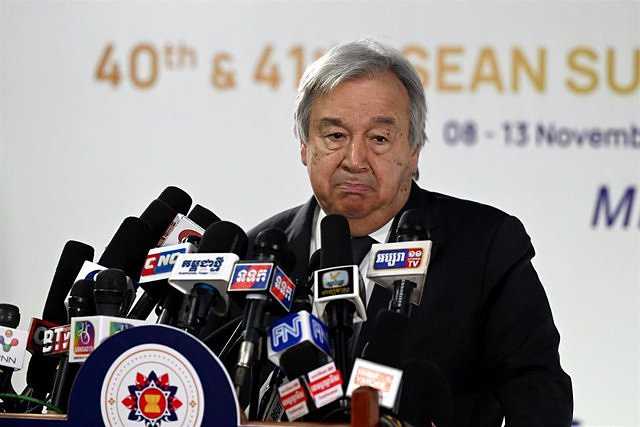 The Secretary General of the United Nations, António Guterres, has been "very concerned" by the reports of the missile explosion on Tuesday in Polish territory, in Przewodow, near the border with Ukraine, which has killed two citizens.

The deputy spokesman for the secretary general, Farhan Haq, has indicated that Guterres has sent his condolences to the families of the victims, while he has urged "that a thorough investigation be carried out" into the incident to clarify who is responsible for it. said missiles.

In addition, the Secretary General of the United Nations has expressed that "it is absolutely essential to avoid an escalation of the war in Ukraine."

The Polish authorities confirmed on Tuesday night the death of two people due to an explosion. However, they refused to accuse Russia of this, as they have ventured to do from Ukraine and the Baltic countries.

Polish President Andrzej Duda has stated that he has no conclusive evidence as to who is behind the missile launch. "Investigations are underway. Most likely it was a Russian-made rocket," the president explained to the media.

He also asked for calm and informed that the Polish authorities are working together with their allies: "Polish soldiers are in place. The support of the allies is there and the commitments are fulfilled," said the country's leader.

‹ ›
Keywords:
PoloniaOnuUcrania
Your comment has been forwarded to the administrator for approval.×
Warning! Will constitute a criminal offense, illegal, threatening, offensive, insulting and swearing, derogatory, defamatory, vulgar, pornographic, indecent, personality rights, damaging or similar nature in the nature of all kinds of financial content, legal, criminal and administrative responsibility for the content of the sender member / members are belong.
Related News