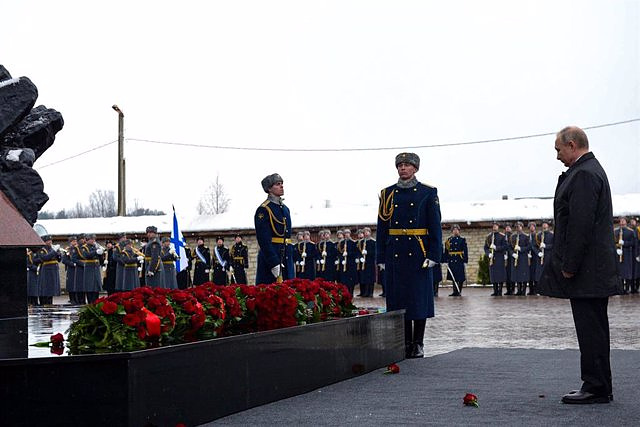 The governor of the Russian region of Pskov, Mikhail Vedernikov, has assured this Sunday that NATO drones tried to cross the border of his territory, which borders Latvia and Estonia, before the invasion of Ukraine began.

"We have never provided extensive coverage to that, but there were attempts by military unmanned aerial vehicles and other aircraft to illegally cross the border," Vedernikov said, according to the Russian agency TASS.

In addition, the governor has assured that "peaceful interaction", through border cooperation programs, was "flourishing" before the start of the special military operation --Putin's euphemism for referring to the war that began in February-- , but that now "all that has worsened."

Vedernikov has pronounced these words during the III International Media Forum in Pskov and has collected them in a video shared through his Telegram channel.

‹ ›
Keywords:
RusiaLetoniaEstoniaUcraniaDronesOTAN
Your comment has been forwarded to the administrator for approval.×
Warning! Will constitute a criminal offense, illegal, threatening, offensive, insulting and swearing, derogatory, defamatory, vulgar, pornographic, indecent, personality rights, damaging or similar nature in the nature of all kinds of financial content, legal, criminal and administrative responsibility for the content of the sender member / members are belong.
Related News