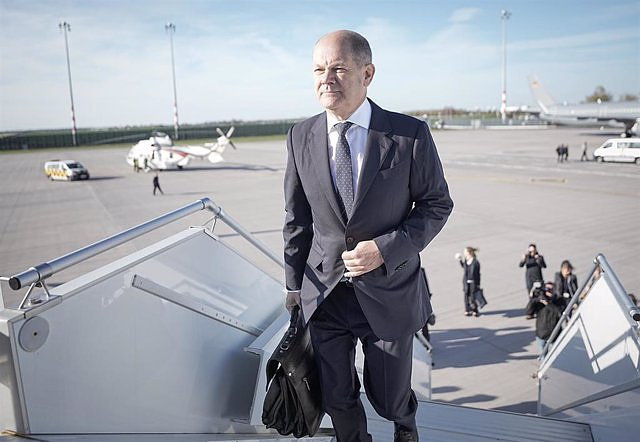 The German embassy in Cairo has filed a complaint with the Egyptian government for the excessive surveillance of its participants in the World Climate Conference (COP27) that takes place in the spa city of Sharm el Sheikh, in the Red Sea.

According to the Embassy, ​​Egyptian security officials closely monitored, to the point of videotaping, some events held in the German pavilion. The German Embassy has asked the Egyptian authorities to cease this activity.

In recent days, the German conference area has hosted events focused on the Human Rights situation in Egypt

Participants included the directors of Human Rights Watch (HRW) and Amnesty International, Tirana Hasán and Agnès Callamard, along with Egyptian activist Sanaa Saif, a filmmaker who has served prison terms in Egypt.

In a statement released before the start of the summit, HRW lamented the existence of cameras in taxis taking to the event, and the fact that the Egyptian government has forced all attendees to download an application that collects personal information and requires access to the camera, the microphone and the mobile location service.

"A lot of data," says the group, "that raise concerns about the right to privacy of the participants."

During a visit earlier in the week, German Chancellor Olaf Scholz called for the release of Alaa Abdel Fatah, an Egyptian-British activist who has served long prison terms and is currently on a hunger strike in jail.

‹ ›
Keywords:
AlemaniaEgipto
Your comment has been forwarded to the administrator for approval.×
Warning! Will constitute a criminal offense, illegal, threatening, offensive, insulting and swearing, derogatory, defamatory, vulgar, pornographic, indecent, personality rights, damaging or similar nature in the nature of all kinds of financial content, legal, criminal and administrative responsibility for the content of the sender member / members are belong.
Related News