The Government of Germany has confirmed this Wednesday that it will send Leopard 2 tanks to Ukraine to reinforce the capacity of the Ukrainian Armed Forces against the Russians, after days of speculation about the position that Berlin would finally adopt. 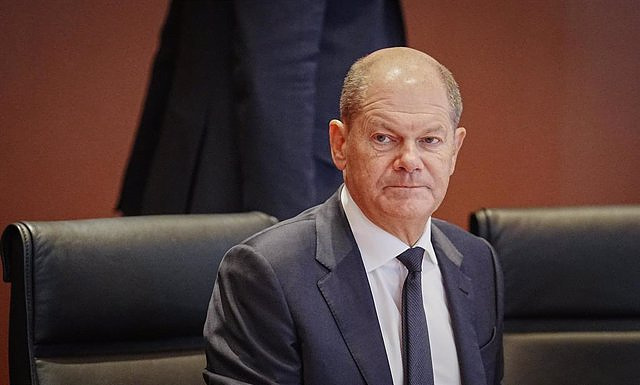 The Government of Germany has confirmed this Wednesday that it will send Leopard 2 tanks to Ukraine to reinforce the capacity of the Ukrainian Armed Forces against the Russians, after days of speculation about the position that Berlin would finally adopt.

"This decision follows our already known line of supporting Ukraine to the best of our ability," said Scholz, during a government meeting in which he also defended the need to coordinate in this area with other international partners.

The Executive has explained that Germany will deliver 14 Leopard 2A6 that appear in the arsenal of the German Armed Forces. It hopes to assemble two tank battalions in a short period, also with a view to providing training, logistics and ammunition, according to a statement.

The go-ahead from Berlin also includes authorizations for other countries, such as Poland, to send the German-made tanks they have. The government of Mateusz Morawiecki had threatened to act unilaterally if it did not receive this permission.

The Ukrainian ambassador to Germany, Oleksiy Makeiev, applauded this Wednesday the formation of a "great coalition of tanks" with a view to the possible delivery of this type of weapon to kyiv, according to the DPA news agency.

"These tanks will help us repel the Russian offensive and liberate our Russian-occupied territories and the population," he said during a visit to the German city of Hamburg. "I hope that our boys will receive these cats in Ukraine soon," she said, ironically about the Leopards.

In this sense, he stressed that the tanks would help "save lives." "We need everything and we are grateful for all kinds of help," Makeiev said, emphasizing that the Ukrainian Army and military "have shown that they can handle different equipment." "I assume we will talk about more weapons systems," he said, without ruling out new demands from Ukraine.