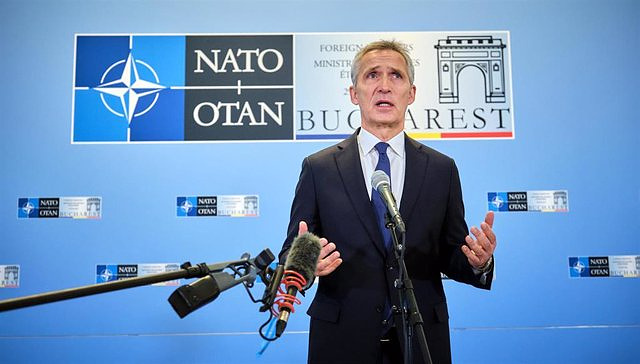 The German Chancellor, Olaf Scholz, and the Norwegian Prime Minister, Jonas Gahr Store, have asked NATO on Wednesday to protect gas pipelines and submarine cables to avoid possible future damage to the pipelines in the Baltic Sea after the gas leaks registered after explosions in september.

Scholz, who has met with Store, has stated that NATO Secretary General Jens Stoltenberg must create a coordination office with the aim of taking measures to protect energy passages in northern Europe.

"Oil pipelines, telephone cables and Internet connections are lifelines for our States and must be insured in a very special way. Not surprisingly, the attacks on the Nord Stream 1 and 2 oil pipelines have demonstrated the great risks that exist in this area", explained the German chancellor, reports DPA.

In this regard, the Norwegian Prime Minister remarked that "it is about the safety of energy facilities". "We need a coordinated joint effort to ensure the security of these infrastructures," he added.

"I don't want to draw a sharp dividing line here between what is above and what is below the water. These are gas pipelines, telecommunications infrastructure, fiber optic infrastructure," Store said.

The "sabotage" began when a strong pressure drop was detected in one of the two pipes of the Nord Stream 2 gas pipeline, which was not in use. Later, the operator of Nord Stream 1 reported a pressure drop in its two pipelines as well. The authorities ended up discovering a total of four leaks in both pipelines.

In early November, the pipeline's operating company, Nord Stream AG, announced that after an initial inspection, it had found man-made craters on the seabed near the damaged pipelines.

‹ ›
Keywords:
AlemaniaNoruegaOTAN
Your comment has been forwarded to the administrator for approval.×
Warning! Will constitute a criminal offense, illegal, threatening, offensive, insulting and swearing, derogatory, defamatory, vulgar, pornographic, indecent, personality rights, damaging or similar nature in the nature of all kinds of financial content, legal, criminal and administrative responsibility for the content of the sender member / members are belong.
Related News