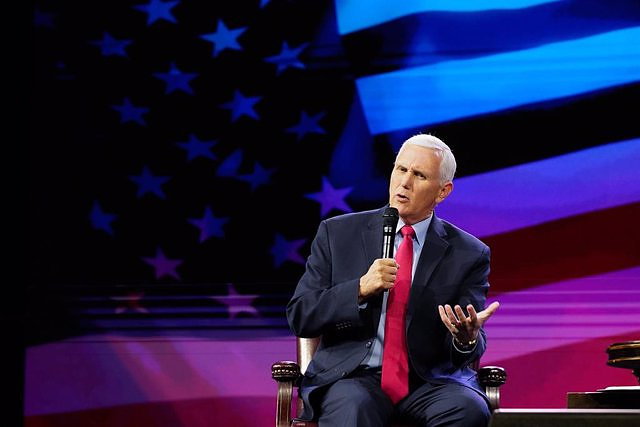 Documents marked as classified found at the Indian residence of former US Vice President Mike Pence include materials described as briefing notes on his travels abroad, according to CNN.

Sources consulted by the television network have indicated that some of the twelve documents found by a Pence lawyer were used to prepare meetings abroad while in office.

In addition, he has indicated that "they may have been overlooked" during the packaging process because they were tucked into old travel folders.

These briefing notes usually contain basic biographical information about foreign leaders, however, there are times when confidential information also appears.

The FBI is trying to assess the contents of the documents and the potential risk of having classified material stored in an unauthorized location, but according to information from CNN, this material is classified as "lower level" because "there would be no data particularly unusual".

The discovery, earlier this week, came after Pence himself asked one of his lawyers as a precaution to search the house for sensitive material, following the discovery of classified information in the president's office and private residence. of the United States, Joe Biden, a few weeks ago.

Pence's legal team found four boxes filled with reports labeled Confidential Information and notified the National Archives, which reported the finding to the Justice Department. The same night as the discovery, the FBI office in Indianapolis collected the documentation from Pence's home in the city of Carmel, which was sent to Washington for analysis by the National Archives.

This is the third time in the history of the United States that there is evidence of the discovery of confidential material in the private quarters of a president or vice president, after the findings in the residences of former President Donald Trump and the now head of the White House. , Joe Biden.

‹ ›
Keywords:
Estados UnidosIndia
Your comment has been forwarded to the administrator for approval.×
Warning! Will constitute a criminal offense, illegal, threatening, offensive, insulting and swearing, derogatory, defamatory, vulgar, pornographic, indecent, personality rights, damaging or similar nature in the nature of all kinds of financial content, legal, criminal and administrative responsibility for the content of the sender member / members are belong.
Related News