Alberto Fernández downplays the comment and defends the "excellent bilateral relationship" between Chile and Argentina. 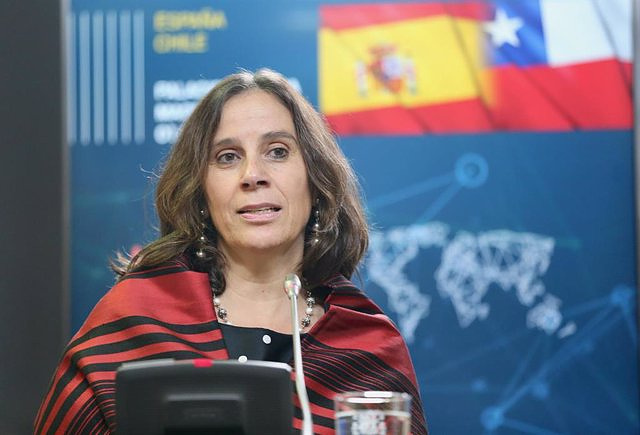 The Chilean Foreign Minister, Antonia Urrejola, has starred in a controversy on Tuesday after the leak of an audio in which she is heard criticizing the Argentine ambassador in Santiago, Rafael Bielsa, after he questioned the Government's rejection of Gabriel Boric to a port and mining project.

In the audio, Urrejola appears conversing informally with members of his team, with whom he exchanges opinions on the response that would be given to Bielsa, who questioned the version of the Chilean Executive regarding the cancellation of the La Dominga mining project, has reported 'Bio Bio Chile'.

"Enough, this jerk, he does what he wants when he feels like it, and the explanation is that he's crazy?", wields the head of Chilean diplomacy during the conversation, inadvertently leaked to the press by the Ministry's communication director, Lorena Díaz , who has already submitted his resignation.

Likewise, the head of Foreign Affairs of Chile is heard giving an account of the message that she would send to her Argentine counterpart, Santiago Cafiero, to represent the annoyance of the Executive over Bielsa's comments.

"I told him that the Dominga issue was a unanimous decision of the council of ministers. Your ambassador directly attacks the administration of President (Gabriel) Boric on a very sensitive political issue. It is honestly unacceptable, days after we go to the summit of the Community of Latin American and Caribbean States (CELAC) in Argentina", Urrejola is heard saying, according to 'El Mercurio'.

After the leak of the audio, the Chilean Ministry of Foreign Affairs has released a statement assuring that the situation with Argentina "is over," downplaying Urrejola's words.

"The situation that led to the aforementioned meeting is now over and does not at all represent the excellent bilateral relationship between Argentina and Chile, which has been built on the basis of historical trust and friendship," the letter read.

A few hours after the controversy broke out, the Chilean Foreign Minister shared a photo on Twitter at the CELAC summit with her Argentine counterpart, Santiago Cafiero, assuring that both continue to work in favor of their "intense" bilateral agenda.

ALBERTO FERNÁNDEZ DOWNSIDES THE IMPORTANCE OF THE LEAK

The president of Argentina, Alberto Fernández, has minimized the importance of the leaked audio, assuring that these statements are due to the "misuse of conversations that are private, with some comments that one makes with the freedom of not feeling recorded."

Thus, the Argentine president has defended that Chile has "a great Foreign Minister and a great president," as well as a government that Argentines love and respect very much, according to statements collected by Télam.

After praising the head of Chilean diplomacy and expressing his affection for Boric himself, Fernández has assured "not having the slightest idea what they are talking about" in the audio.

‹ ›
Keywords:
ChileArgentina
Your comment has been forwarded to the administrator for approval.×
Warning! Will constitute a criminal offense, illegal, threatening, offensive, insulting and swearing, derogatory, defamatory, vulgar, pornographic, indecent, personality rights, damaging or similar nature in the nature of all kinds of financial content, legal, criminal and administrative responsibility for the content of the sender member / members are belong.
Related News