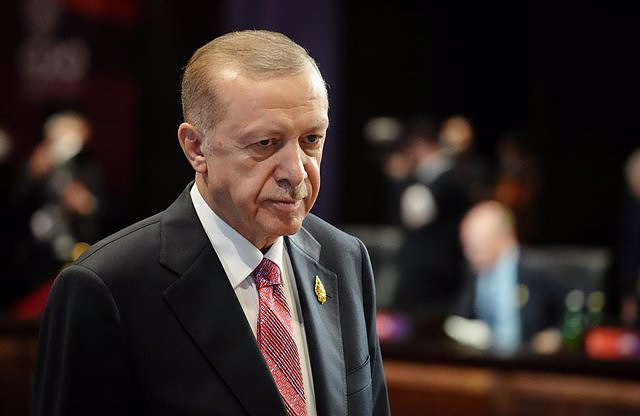 The presidents of Turkey, Recep Tayyip Erdogan, and the president of Egypt, Abdelfatá al Sisi, have exchanged their first handshake this Sunday during the opening of the FIFA World Cup in Qatar, according to the Turkish Presidency.

The photo, published by the Turkish media, shows the two leaders, whose relations have been very cold since Al Sisi came to power in 2013 after deposing Islamist Mohamed Mursi in a military coup, greeting each other with a smile.

Erdogan went so far as to affirm in 2015 that the president of Egypt is Mohamed Mursi and not Abdelfatá al Sisi, who led the coup in July 2013.

"I have consistently said in many international forums that I do not accept Al Sisi as president. Today I say the same. For me, the president of Egypt is not Al Sisi, but rather Mursi," Erdogan said at the time during a press conference in Sarajevo.

"It is not possible for a country that believes in democracy to accept the death sentence imposed on the president of Egypt, Mohamed Mursi, elected at the polls," he argued. "For us, who believe in democracy, it is impossible to accept this coup," he added.

Egypt had been calling for a formal meeting between Erdogan and Sisi as one of the conditions for full normalization of relations. The process began in May, with the visit to Egypt of the Minister of Finance Nureddin Nebati.

The tension between the two countries has also increased in recent years due to territorial disputes in the eastern Mediterranean, where Turkey is an ally of Libya in its claims to territorial waters with possible hydrocarbon resources, while Egypt is more aligned with Greece.

‹ ›
Keywords:
TurquíaFifaEgiptoErdoganQatar
Your comment has been forwarded to the administrator for approval.×
Warning! Will constitute a criminal offense, illegal, threatening, offensive, insulting and swearing, derogatory, defamatory, vulgar, pornographic, indecent, personality rights, damaging or similar nature in the nature of all kinds of financial content, legal, criminal and administrative responsibility for the content of the sender member / members are belong.
Related News