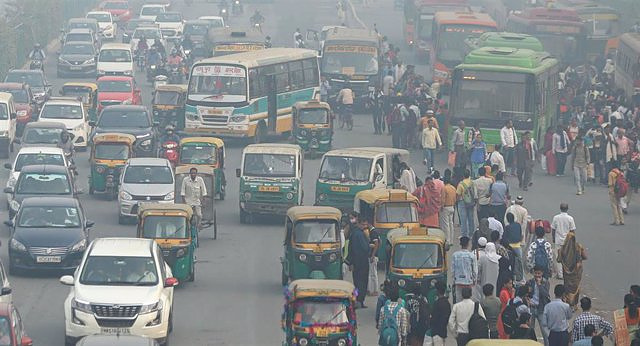 The world population will reach 8 billion by mid-November, a testament to scientific advances and improvements in nutrition, public health and sanitation. But as our human family grows, it also becomes more divided.

Billions of people are in difficulty; hundreds of millions face hunger and even famine. Record numbers of people are on the move in search of opportunity and debt relief from wars and climate disasters.

Unless we bridge the yawning gulf between the haves and the have-nots, we will be facing a world of 8 billion people filled with tension and mistrust, crisis and conflict.

The facts speak for themselves. A handful of billionaires control as much wealth as the poorest half of the world. The richest one percent of the world's population receives a fifth of the world's income, and people in the richest countries can expect to live up to 30 years longer than those in the poorest countries. As the world has become richer and healthier in recent decades, inequalities have also increased.

In addition to these long-term trends, the accelerating climate crisis and the uneven recovery from the COVID-19 pandemic are fueling inequalities. We are headed straight for climate catastrophe, while emissions and temperatures continue to rise. Floods, storms and droughts are devastating countries that have contributed almost nothing to global warming.

The war in Ukraine adds to the current food, energy and financial crises, hitting developing economies the hardest. These inequalities hit women and girls the hardest, and marginalized groups who already experience discrimination.

Many countries in the Global South are facing huge debts, rising poverty and hunger, and the growing impacts of the climate crisis. They have little chance to invest in a sustainable recovery from the pandemic, in the transition to renewable energy, or in education and training for the digital age.

Anger and resentment against developed countries are reaching breaking points.

Toxic divisions and lack of trust are causing delays and deadlocks on a range of issues, from nuclear disarmament to terrorism to global health. We must stop these harmful trends, repair relationships and find joint solutions to our common challenges.

The first step is to recognize that this rampant inequality is a choice, and that developed countries have a responsibility to reverse it, starting this month at the UN climate conference in Egypt and the G20 summit in Bali.

I hope that COP27 will witness a historic Climate Solidarity Pact under which developed and emerging economies come together around a common strategy and combine their capabilities and resources for the benefit of humanity. Richer countries must provide key emerging economies with financial and technical support to move away from fossil fuels. That is our only hope of reaching our climate goals.

I also urge leaders at COP27 to agree on a roadmap and institutional framework to compensate countries in the Global South for climate-related loss and damage that is already causing enormous suffering.

The G20 summit in Bali will be an opportunity to address the plight of developing countries. I have urged G20 economies to adopt a stimulus package that will provide governments in the Global South with investment and liquidity, and to tackle debt relief and restructuring.

As we push through these medium-term measures, we are working tirelessly with all stakeholders to alleviate the global food crisis.

The Black Sea Grains Initiative is an essential part of those efforts. It has helped stabilize markets and lower food prices. Every fraction of a percentage has the potential to alleviate hunger and save lives.

We are also working to ensure that Russian fertilizers can reach world markets, which have been severely affected by the war. Fertilizer prices are up to three times higher than before the pandemic. Rice, the most consumed staple food in the world, is the crop that will suffer the most.

Removing the remaining obstacles to Russian fertilizer exports is an essential step towards global food security.

But among all these serious challenges, there is some good news. Our world of 8 billion people could create huge opportunities for some of the poorest countries, where population growth is highest.

In a few decades, the poorest countries today could become engines of green growth and sustainable prosperity in entire regions.

The great global gatherings this month must be an opportunity to start closing gaps and restoring trust, based on the equal rights and freedoms of each member of the family of 8 billion people of humanity. 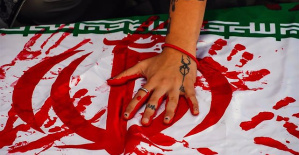