Donald Trump announces his candidacy for the 2024 presidential election 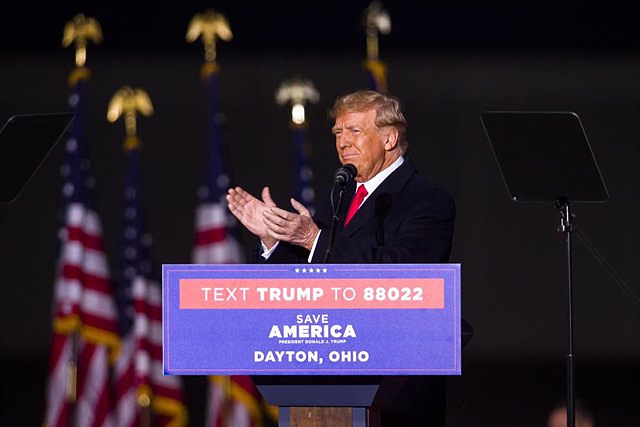 "In order to make America great and glorious again, tonight I announce my candidacy for President of the United States," Trump said to applause from his Mar-a-Lago residence in Florida, as detailed in statements to the media.

Referring to his defeat -which he has not yet recognized- in the last 2020 presidential elections, the former US president has detailed that this milestone "was not the end", but "only the beginning" of his fight to "rescue the American dream".

"Two years ago, when I left the White House, the United States was ready for my golden age," Trump said, listing some of the achievements of his administration, such as the measures carried out during the COVID-19 pandemic.

In this sense, he has justified his candidacy by arguing that "this" is not his campaign, but "our campaign" since "the only force strong enough to defeat the massive corruption that the country is facing is the American people ".

"The people of the United States are the best people in the world, we love them all and we love both sides. (We) are going to bring people together and unite them," the former president said in his speech.

Trump had been hinting at his plans to present his candidacy for the Republican primaries for weeks and had confirmed his plans to make "a big announcement" this Tuesday.

The tycoon will almost certainly have to face the current governor of Florida, Ron DeSantis, who has won the support of the Republican Party after his good results in the midterm elections held last week.

DeSantis is seen as Trump's main rival for the nomination in the 2024 elections, especially after the criticism that now more than ever has begun to surface among Republicans for the former president's unfortunate participation in these last legislative sessions.

Meanwhile, and after learning about the possibility that the governor of Florida will present his candidacy for the Republican primaries, the former US president mocked his party mate, assuring that he himself had 71 percent support among the militancy, compared to a 10 percent approval rating for DeSantis.