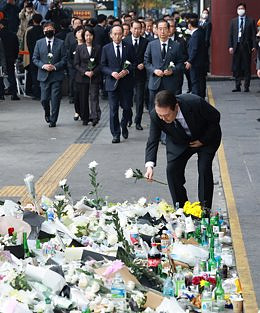 The South Korean authorities have raised the number of fatalities in the tragedy that took place during the celebration of the Halloween party, in the Itaewon neighborhood of Seoul, to 157 after confirming the death of a soldier this Friday.

The soldier has been declared brain dead and has donated his organs, according to the Yonhap news agency.

With this victim, there are 131 natives of South Korea who died as a result of the stampede recorded that night and 26 foreigners who lost their lives, as reported by the Central Headquarters for Disaster and Security Countermeasures.

So far, the funeral rites of 130 of these premises have taken place, while 23 foreigners have been repatriated to their countries of origin.

According to the latest information, of the 192 people who were injured, eleven continue to receive hospital treatment.