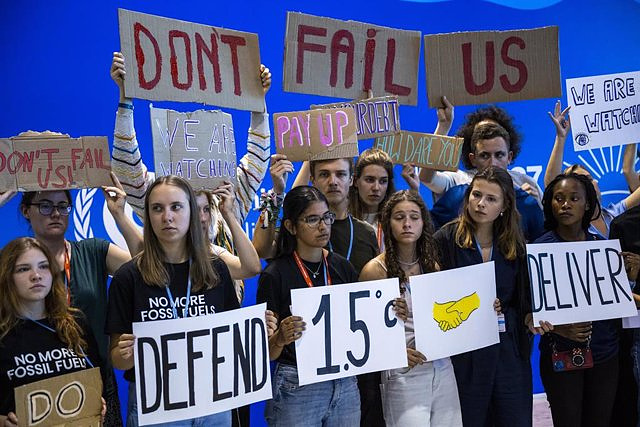 The United Nations Climate Change Conference adopted a resolution this Sunday that provides for the creation of a fund to finance the climate damage already suffered by the countries most vulnerable to the effects of global warming.

The decision, described as historic, has been adopted by consensus in the plenary assembly that put an end to the climate conference in Egypt and has been received by resounding applause from all the representatives in the stalls.

Delegates agreed to establish funding mechanisms for loss and damage in the early minutes of a meeting that was convened after 4 a.m. in Sharm El-Sheikh, but continued to deliberate on other issues such as transitioning away from fuels and controlling emissions. of greenhouse gases.

As reflected in the text, countries have established a consensus regarding the "immediate need" to provide "new, additional, predictable and adequate" financial resources to help developing countries that are in a vulnerable position with respect to the "economic and non-economic" impacts of climate change.

In this sense, reference is made to forced displacements and the effects on cultural heritage, mobility and life, as well as the livelihoods of communities, for which reason they underline the importance of giving an "effective and adequate" response. "to loss and damage.

The countries have agreed that those nations that emit the most emissions can also contribute to the fund, such as China and India, according to Bloomberg reports. However, many details remain to be specified, such as the amount allocated to this fund and how the payment of the losses and damages caused will be carried out.

The agreement has been reached during last-minute negotiations on how to deal with the growing death toll from climate change in developing countries that have contributed little or no to harmful emissions.

‹ ›
Keywords:
OnuCambio Climático
Your comment has been forwarded to the administrator for approval.×
Warning! Will constitute a criminal offense, illegal, threatening, offensive, insulting and swearing, derogatory, defamatory, vulgar, pornographic, indecent, personality rights, damaging or similar nature in the nature of all kinds of financial content, legal, criminal and administrative responsibility for the content of the sender member / members are belong.
Related News