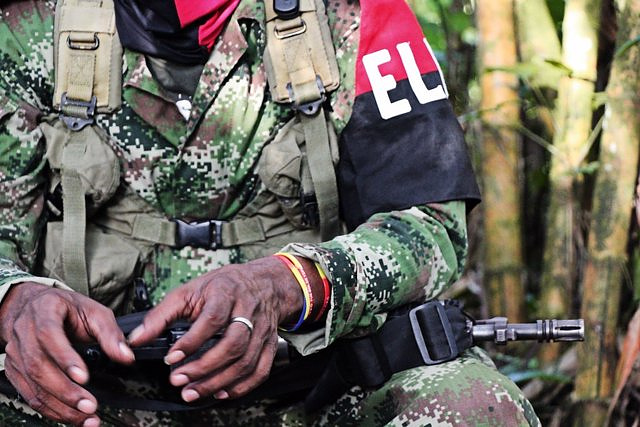 The Colombian authorities have reported this Saturday that Yedixon Sánchez Durán, with alias 'Aldemar' and leader of the National Liberation Army (ELN), has been sent to jail for his participation in two kidnappings perpetrated in Ocaña and San Calixto, in the border area with Venezuela.

'Aldemar' is the leader of the Carlos Armado Cacua Guerrero structure of the ELN and following a request from the Attorney General's Office, he has been charged with the crimes of "terrorism, rebellion and aggravated kidnapping", although the accused has not accepted the charges, according to Blu Radio.

The Prosecutor's Office had indicated his participation in the two kidnappings that took place in Norte de Santander, in the border area. One dated June 30, 2019, when a civilian was kidnapped after being mistaken for a member of the National Army, and the other in October of the same year when he detained the registrar of another municipality in the same region.

In addition, 'Aldemar' has been linked to the preparation and activation of an explosive device that resulted in three injuries, including a soldier, after the attack was directed at the Army, according to 'Infobae'.

‹ ›
Keywords:
VenezuelaColombiaELN
Your comment has been forwarded to the administrator for approval.×
Warning! Will constitute a criminal offense, illegal, threatening, offensive, insulting and swearing, derogatory, defamatory, vulgar, pornographic, indecent, personality rights, damaging or similar nature in the nature of all kinds of financial content, legal, criminal and administrative responsibility for the content of the sender member / members are belong.
Related News