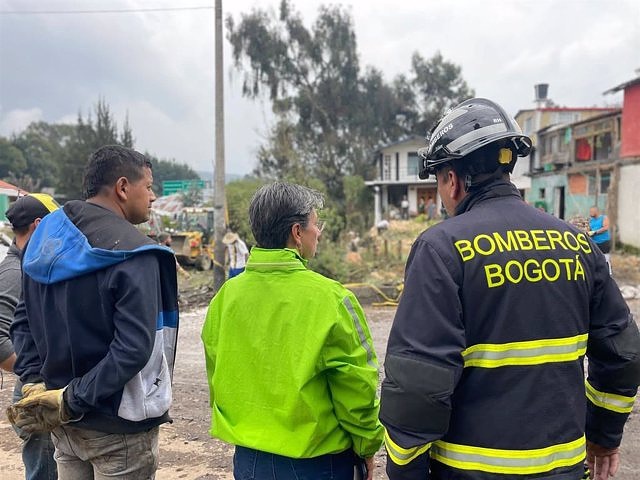 The Colombian authorities have reported this Sunday that the death toll from the landslides caused this weekend by heavy rains has increased to three people in the Cundinamarca region, in the center of the country.

"The Bogota Firefighters rescue group reports that the bodies of the two men who disappeared yesterday due to a landslide were found (...). We continue working in the area," said Nicolás García Bustos, governor of Cundinamarca. .

The rescue of these two people adds to the death of a motorcyclist who died after she was swept away by the current, reports the newspaper 'El Colombiano'.

The Bogota Firefighters have reported that their specialized groups continue at this time looking for a person who is still missing.

Within the framework of the rainy season, the central government of Colombia has decreed the "natural disaster", a measure that has freed up 2.1 billion pesos to care for the victims and the damaged infrastructure.

"A public calamity is declared in Bogotá to attend to the winter emergency more quickly. According to forecasts, the rains will increase in the coming days," said the mayor of the capital, Claudia López Hernández.

López explained, after moving to the affected areas, that there are 180 people working with thirty dump trucks and several excavators to enable passage and access to neighborhoods.

"We agreed with the community to set up three shelters in community halls (...) with emergency kits," the mayor announced after indicating that the food would arrive in the afternoon, as published on her profile on the social network Twitter.