Climate activists disrupt a concert at the Hamburg Philharmonic 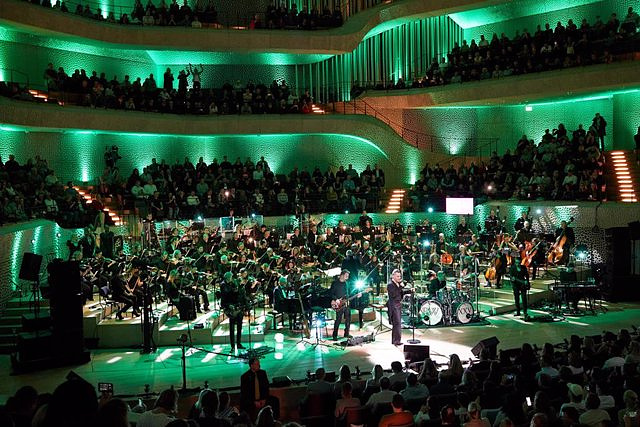 Members of the environmental activist group Last Generation glued themselves to an orchestra conductor's lectern before a classical music concert at Hamburg's Elbphilharmonie concert hall on Wednesday night.

In a video posted by the group on Twitter, a woman and a man in orange vests can be seen climbing onto the lectern on the stage of the concert hall in the northern German city.

They then begin to address the public and call for resistance against the German government's climate policies, which activists view as lax, the DPA has reported.

"Just as there is only one Beethoven violin concerto, we only have this planet whose limits we despise so much that climate-related catastrophes are becoming more frequent and deadly," says an activist in the video released by the organization.

He also points out that the Elbphilharmonie, an emblematic building located in the port of Hamburg, would be threatened if the water level continues to rise.

A police spokesman confirmed to the aforementioned agency that two activists had stuck to a railing in the Great Hall of the Elbphilharmonie shortly after 8:00 p.m.

Later, they broke off the railing of the conductor's stand and were arrested.