Chinese Communist Party Central Political and Legal Committee Secretary Chen Wenqing has called for "strong action" against protesters who have taken to the streets in recent days to protest the strict 'Covid Zero' policy. 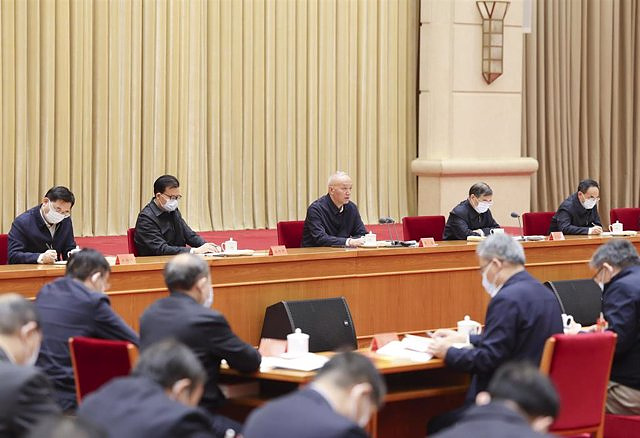 Chinese Communist Party Central Political and Legal Committee Secretary Chen Wenqing has called for "strong action" against protesters who have taken to the streets in recent days to protest the strict 'Covid Zero' policy.

"We must take strong measures against infiltration and sabotage activities by hostile forces in accordance with the law," said the also member of the Chinese Politburo, according to the Chinese news agency Xinhua.

Wenqing has demanded that "measures be taken against illegal and criminal acts that disturb social order and effectively maintain overall social stability," referring to protests that have erupted across the country in recent days.

The Central Political and Legal Committee is in charge of organizing, within the line of the Central Committee of the Communist Party, the different State security forces, including the Police. The committee is headed by a secretary who is usually also a member of the Politburo.

The protests in different parts of China were triggered by the fire in the city of Urumqi, in the western region of Xinjiang, where at least ten people died due, allegedly, to the slow response of firefighters due to restrictions against the coronavirus.

For this reason, the Chinese authorities have activated a large deployment of the Police in different cities of the country to avoid new protests against the strict measures imposed by the Government within the framework of the 'Covid Zero' policy, according to DPA.

International organizations, such as Human Rights Watch (HRW) or Amnesty International, have asked the Chinese authorities to respect the fundamental rights of protesters to protest "peacefully" in various parts of the country, including Beijing, Wuhan or Shanghai.

China is currently recording its highest numbers of coronavirus infections since the start of the pandemic. In fact, a spokesman for the National Health Commission specified on Tuesday that "all localities are making solid efforts to prevent and control the epidemic."