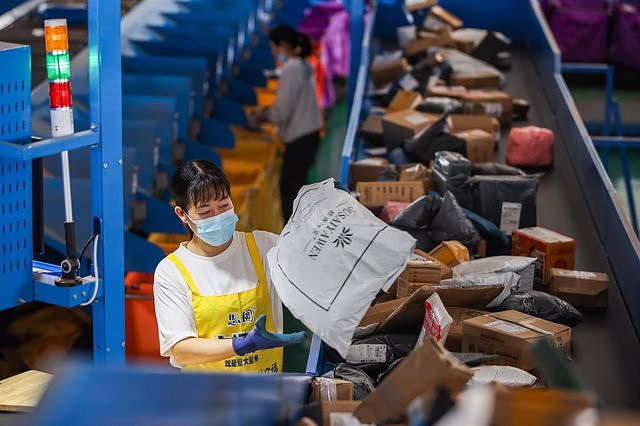 The Chinese health authorities have reported more than 27,000 new cases of COVID-19 on Tuesday, a daily figure that is close to the record recorded in the entire pandemic and that contrasts with the strict limitations imposed in large cities such as Beijing, where they have been closed. parks and museums to avoid contagion.

The Ministry of Health has reported 25,902 asymptomatic cases and another 2,225 classified as "confirmed", a term attributed to patients who do present symptoms. Of the latter, 2,145 derive from transmissions of the virus at the community level, according to the official press.

The Asian giant is close to the highs of April, when the Ministry reported 28,973 positives in a single day, coinciding with an outbreak that had the city of Shanghai as its main epicenter, confined for weeks in application of the 'zero cases' policy.

The authorities have also returned to report deaths from COVID-19 in recent days, thus breaking a six-month streak. So far, 5,231 people have died in China from a pandemic that supposedly originated in the city of Wuhan, in the east of the country.

The new wave has led the Government to expand tracking efforts and adopt new restrictive measures, mainly in large cities. Although no mass confinements like the one in Shanghai have been decreed, there are currently 48 towns subject to some type of isolation on a lesser scale, according to data from Nomura Holdings collected by the Bloomberg agency.

Vice Prime Minister Sun Chunlan, considered the government's main authority in the fight against the pandemic, visited Chongqing on Monday and urged "decisive" measures to contain infections and, at the same time, avoid as far as possible its impact on the daily life of citizens and general economic activity.

In the case of Beijing, most of the schools have stopped giving face-to-face classes and all people who arrive in the capital from this part must undergo three PCR tests for three consecutive days. During this time, they will not be able to leave their home.