Canada considers sending Leopard tanks to Ukraine, according to media 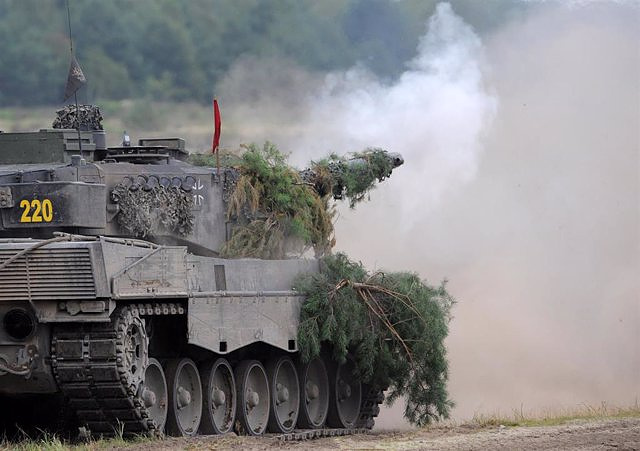 The Government of Canada would be considering sending four Leopard tanks to Ukraine, without a decision being made at the moment, as reported by CBC News.

According to the sources consulted by the aforementioned outlet, the Executive of Justin Trudeau could announce the shipment of the battle tanks this Thursday. The package in question would include the oldest variant from the inventory of the Canadian Army, which bought Ottawa from the Netherlands during the war in Afghanistan.

Trudeau indicated hours earlier that his cabinet would give Ukraine more support, even though he refused to join his allies in announcing a tank donation.

"We will continue to be there to provide whatever support we can to Ukraine," Trudeau declared. "I won't make an announcement today, but I can tell you that we are looking very, very closely at what else we can do to support Ukraine," he added.

Canada would thus join a series of Western countries, such as Germany or Spain, which have announced the shipment of this type of tank, after strong pressure and numerous requests from senior Ukrainian officials.

‹ ›
Keywords:
CanadaUcrania
Your comment has been forwarded to the administrator for approval.×
Warning! Will constitute a criminal offense, illegal, threatening, offensive, insulting and swearing, derogatory, defamatory, vulgar, pornographic, indecent, personality rights, damaging or similar nature in the nature of all kinds of financial content, legal, criminal and administrative responsibility for the content of the sender member / members are belong.
Related News