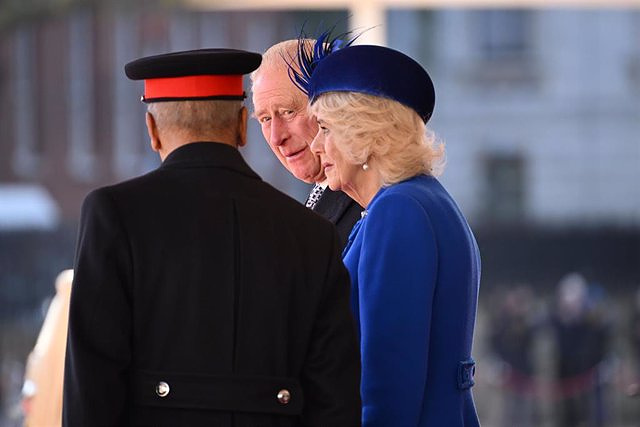 A Buckingham Palace staff member has resigned on Wednesday after starring in a racist episode with the founder of a charity who repeatedly questioned her place of origin.

This person has acknowledged that he made "unacceptable comments", has presented in addition to his resignation and his apologies to the woman, Ngozi Fulani, who attended a reception organized by Queen Camilla as founder of the NGO Sistah Space, which supports black women victims of sexist violence.

The leader of the Women's Equality Party, Mandu Reid, has confirmed to the BBC that the "interrogation" was "offensive, racist and unkind", and that there was a "sense of disbelief" when this person insisted on asking Fulani about where she came from even though she reiterated that she was British.

Shortly after the event held this Tuesday, Fulani went to Sistah Space's Twitter profile to transcribe that conversation, in which this person, not happy with the answers about his origin, asked what part of Africa he came from. "I don't know, they didn't leave any records," she said.

Although both Reid and Fulani have chosen not to name the name of this assistant to the British Royal House, Buckingham Palace has remarked that they take this type of incident "very seriously" and that she herself has withdrawn with immediate effect. of the "honorary position" he held.

"The individual in question wishes to express his deep apologies for the harm caused and has stepped down from his honorary position effective immediately. All family members are reminded of the diversity and inclusion policies that they must adhere to and uphold at all times." .

It is not the first time that the shadow of racism flies over the British Royal House beyond its colonial past, since in a highly commented interview on American television with the Dukes of Sussex, Enrique and Megan, this assured the presenter Oprah Winfrey that he knew that within the royal family there were concerns that their children were not white enough.