Supports the creation of a special court to prosecute the crimes of the Putin regime. 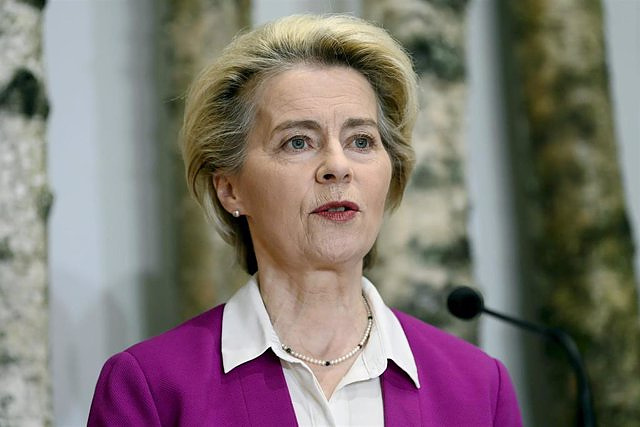 The president of the European Commission, Ursula von der Leyen, has proposed this Wednesday to expropriate the assets and assets frozen to Russian oligarchs in the European Union for their support for the invasion of Ukraine to redirect these resources to the reconstruction of the country, while has advanced EU support for the creation of a special international tribunal to judge the crimes of Vladimir Putin's regime.

"Russia must also pay financially for the devastation it causes," said the head of the Community Executive in a short recorded video in which she detailed that the estimated damage in Ukraine reached 600,000 million euros.

Since the start of the invasion of Ukraine, the European Union has been able to block 300 billion euros of the reserves of the Russian Central Bank and freeze another 19 billion euros of the people and companies included in the list of those sanctioned by the Twenty-seven as a result of his support for the war.

‹ ›
Keywords:
RusiaUcraniaComisión EuropeaVladimir PutinBruselasUEUrsula Von Der Leyen
Your comment has been forwarded to the administrator for approval.×
Warning! Will constitute a criminal offense, illegal, threatening, offensive, insulting and swearing, derogatory, defamatory, vulgar, pornographic, indecent, personality rights, damaging or similar nature in the nature of all kinds of financial content, legal, criminal and administrative responsibility for the content of the sender member / members are belong.
Related News