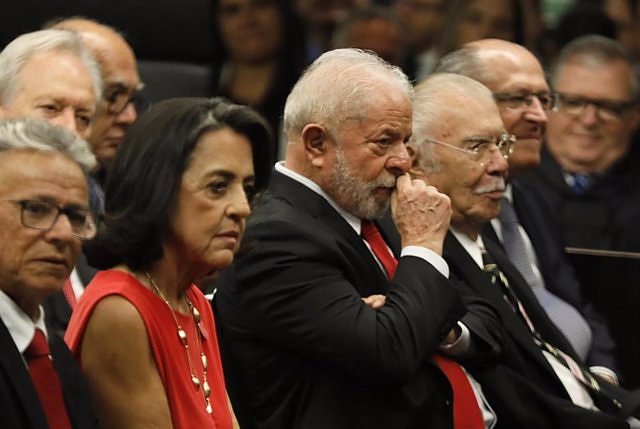 The incoming Minister of Justice of Brazil, Flavio Dino, announced this Sunday that he will reinforce the security mechanisms for the inauguration of the president-elect, Luiz Inácio Lula da Silva, as a preventive measure against the recent bomb threats registered against the authorities in the country.

Dino has indicated, through a publication on his profile on the social network Twitter, that "the inauguration of President Lula will take place in peace."

"All the procedures will be re-evaluated, with a view to strengthening security. And the fight against terrorists and rioters will be intensified. Democracy has won and will win," said the future head of the Justice portfolio.

The Brasilia Police detonated a suspected explosive device this weekend outside the capital's airport and arrested a businessman, George Washington de Oliveira Sousa, who confessed to having planned an attack.

In statements to the Police, the man affirmed that the act was planned by members of the acts in favor of President Jair Bolsonaro (PL), which take place at the Army headquarters, in Brasilia, reports the G1 news portal.

After that, Dino criticized "the serious events that occurred in Brasilia," which according to him "prove that the so-called 'patriotic' camps have become incubators for terrorists."

He also announced that he would propose to the Prosecutor's Office that they "constitute special groups to combat terrorism and irresponsible weapons." "The rule of law is not compatible with these political militias," he concluded.