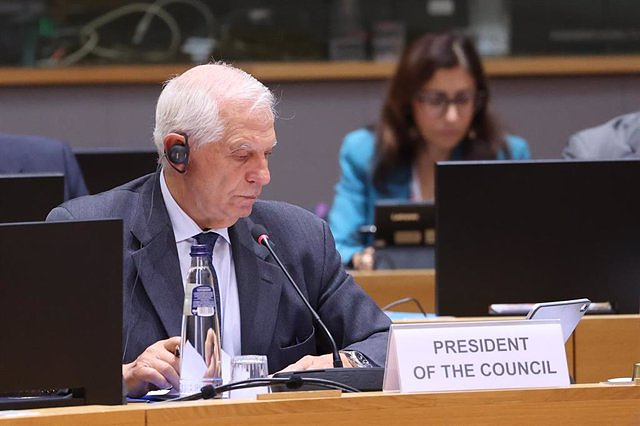 The High Representative of the European Union for Foreign Policy, Josep Borrell, has affirmed this Wednesday that the impact of a missile in a border town in Poland is "the result" of a massive wave of missile attacks against Ukrainian cities by Russia .

"This tragic incident is the result of another massive wave of missile attacks against Ukrainian cities by Russia yesterday, against civilians and civil infrastructure. These attacks are serious violations of International Law," Borrell asserted, as reported in a statement. the European Council.

In this sense, the head of European Diplomacy has supported Poland's ongoing investigation to clarify the facts on the ground, confirming that the European Union will remain in "close contact" with its partners, including NATO, to determine "the Next steps".

In addition, he has expressed, on behalf of the Twenty-seven, the "unbreakable unity, determination and full solidarity" with Poland and the Polish people after the explosion of a missile that took place in the town of Przewodów, near the border with Ukraine, and which claimed the lives of two Polish citizens.

Borrell has accused Russia of continuing to spread disinformation about the invasion of Ukraine, while calling on the Kremlin to stop the war.

"We stand firm in our support for Ukraine's independence, sovereignty and territorial integrity, and its inherent right to self-defense against Russian aggression, as enshrined in the UN Charter," the High Representative stressed.

Borrell has thus joined the statements of the United States, which have ensured that Russia is "ultimately responsible" for the impact of missiles in Poland.

"We all believe that, ultimately, Russia bears responsibility (for the incident) because, regardless of where this investigation lands, none of this would have happened if Russia had not been firing attacks against civilians inside Ukraine," the Russian ambassador said. The US before NATO, Julianne Smith, in statements to CNN.

‹ ›
Keywords:
PoloniaRusiaUcraniaUEJosep Borrell
Your comment has been forwarded to the administrator for approval.×
Warning! Will constitute a criminal offense, illegal, threatening, offensive, insulting and swearing, derogatory, defamatory, vulgar, pornographic, indecent, personality rights, damaging or similar nature in the nature of all kinds of financial content, legal, criminal and administrative responsibility for the content of the sender member / members are belong.
Related News