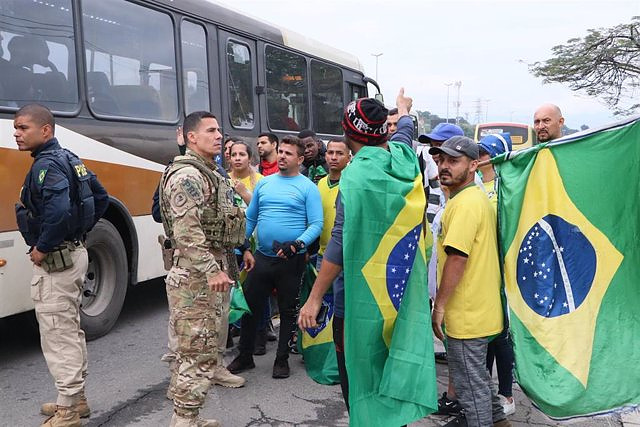 Valdemar Costa Neto, president of the conservative Liberal Party (PL), the political formation of President Jair Bolsonaro, has asked the Superior Electoral Tribunal (TSE) to annul the votes cast by electronic ballot box during the last elections that gave victory to the president-elect of Brazil, Luiz Inácio Lula da Silva.

As specified by the president of the party, which supported Bolsonaro's re-election, more than 279,300 voting machines presented a "malfunction", despite the fact that they have not presented evidence about it, as reported by the newspaper 'Folha de Sao Paolo'.

Costa Neto also appears in a video ensuring that all the ballot boxes prior to 2020 have the same patrimonial number, which in practice would prevent the control and inspection of equipment during the elections, for which the president of the PL thus validates the theories of electoral fraud.

The president of the Superior Electoral Tribunal (TSE), Alexandre de Moraes, previously warned that protests and anti-democratic acts that oppose the results of the elections in Brazil would be "fighted by law" and those responsible punished.

Since last October 30, thousands of followers of Jair Bolsonaro have been asking between prayers and demands for military intervention on the country's main highways and highways, even going so far as to place minors in some regions as a kind of human shields.

Bolsonaro had to come out a few days later to disavow them due to the increase in slogans about electoral fraud, while Lula da Silva, winner of the elections, reproached the protesters for not even knowing why they were protesting and demanded "sportsmanship" to accept the results.