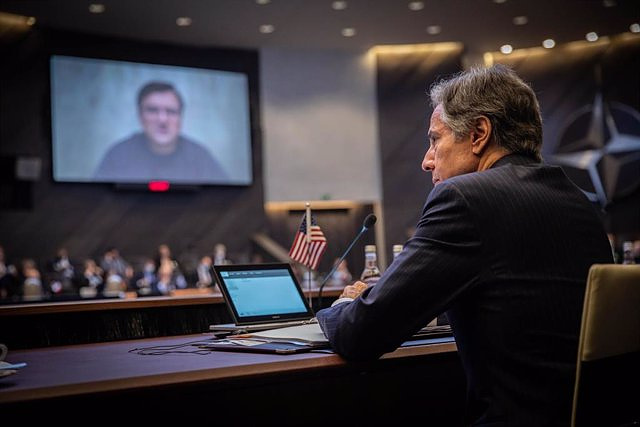 The Secretary of State of the United States, Antony Blinken, discussed this Wednesday with the Ukrainian Foreign Minister, Dimitro Kuleba, the Ukrainian air defense after the multiple Russian attacks perpetrated on Tuesday.

As detailed in a press conference by State Department spokesman Ned Price, Blinken and Kuleba have discussed Ukraine's needs, including energy security and air defense against other possible attacks by Russia.

In this regard, the US Secretary of State has stated that the United States "will continue to work closely" with its allies and partners to provide Ukraine with what it needs to defend itself.

Meanwhile, the foreign ministers of both countries have discussed the investigations that are being carried out after the explosion that has claimed two lives in a Polish town near the Ukrainian border, pledging to remain "closely coordinated" in the coming days.