Beijing reiterates to South Korea its commitment to the "denuclearization" of the Korean Peninsula. 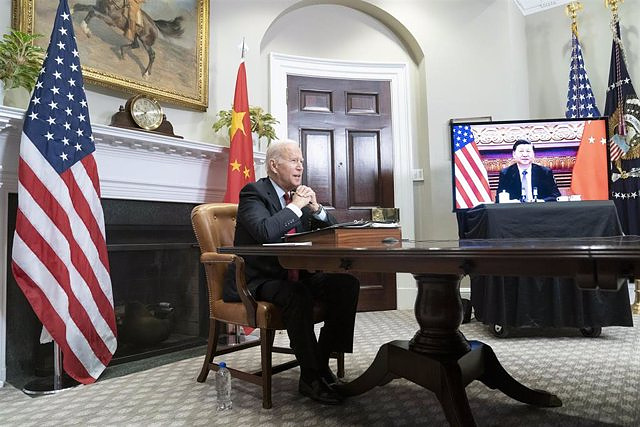 The president of the United States, Joe Biden, will inform his Chinese counterpart, Xi Jinping, at the next meeting they will hold on Monday in Bali (Indonesia) that the US Army will expand its military presence in the Indo-Pacific region if Beijing does not lend his help in defusing tension with North Korea.

Speaking shortly before arriving at the Association of Southeast Asian Nations (ASEAN) summit in Cambodia, US National Security Adviser Jake Sullivan indicated that any new North Korean projectile tests will lead "simply to an increase in US military and security presence in the region.

"Therefore, it is in China's interest to play a constructive role in containing North Korea's worst vices. Whether Beijing decides to do so or not is up to them," Sullivan said before clarifying that Biden has no intention of imposing nothing to the Chinese president, but "simply to explain his perspective on the matter".

The adviser has explained, in statements collected by Bloomberg, that Biden and Xi have discussed North Korea on many occasions, but the enormous activity exhibited by Pyongyang in recent times in terms of rehearsals -- more than 60 launches since beginning of the year -- has increased the tension to unsuspected levels.

According to Sullivan, "the operational situation is more serious at the present time due to the pace of these missile tests and due to the imminent threat of a possible nuclear test, the seventh nuclear test," the advisor explained about the numerous information from sources of South Korean security forces that have appeared for some time now about the possible North Korean test of an atomic weapon.

For the advisor, Monday's meeting, the first time that both leaders will meet in person since Biden's arrival at the White House, "is not the end of the line, but the beginning of a series of commitments that will also include more leader-to-leader meetings in the future.

On the other hand, Chinese Prime Minister Li Keqiang has promised South Korean President Yoon Suk Yeol that his country will play a "constructive role" in the denuclearization of the Korean peninsula during the meeting held in Cambodia, according to the South Korea's official Yonhap news agency.

Li's comment came after Yoon expressed concern about North Korea's recent actions, according to government sources present at the meeting, who spoke on condition of anonymity.

‹ ›
Keywords:
Estados UnidosChinaIndonesiaBaliCorea Del NorteJoe Biden
Your comment has been forwarded to the administrator for approval.×
Warning! Will constitute a criminal offense, illegal, threatening, offensive, insulting and swearing, derogatory, defamatory, vulgar, pornographic, indecent, personality rights, damaging or similar nature in the nature of all kinds of financial content, legal, criminal and administrative responsibility for the content of the sender member / members are belong.
Related News