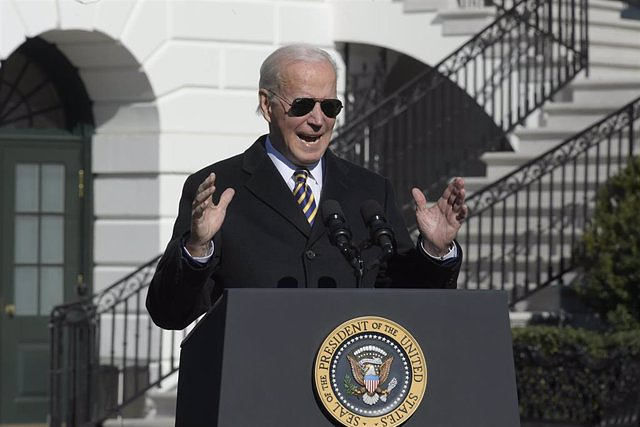 The president of the United States, Joe Biden, has urged the US Congress to immediately approve legislation to adopt the agreement carried out in September between railway workers and operators to avoid a railway strike that blockaded the country.

"I call on Congress to immediately pass legislation to adopt the agreement between rail workers and operators, without modification or delay, to avoid a potentially crippling national rail shutdown," the US president said in a letter released by the White House.

According to Biden, the agreement has been hailed by union leaders and workers as a "fair resolution" of the dispute between rail freight employees and companies in the industry.

However, some congressmen --both in the House of Representatives and in the Senate-- intend to modify the agreement to improve it, either for labor or for management, which is delaying the ratification of the pact by both chambers.

"As well-intentioned as it may be, any change would risk delay and a debilitating closure. The agreement was reached in good faith by both parties," the US president stressed.

The agreement provides a 24 percent wage increase for rail workers and provides increased health care benefits. In addition, it offers the possibility for craft workers to take unscheduled days off for medical needs.

Meanwhile, and after all parties have spoken in favor of the agreement, the tenant of the White House has warned that delaying the ratification could lead to a railway closure that devastates the US economy.

"Without the freight train, many American industries would shut down. My economic advisers report that up to 765,000 Americans, many of them union workers, could be out of work in the first two weeks alone. Communities could lose access to the chemicals needed to ensure clean drinking water. Farms and ranches across the country may not be able to feed their livestock," Biden said.

"As a proud worker president, I am reluctant to quash ratification procedures and the views of those who voted against the deal. But in this case, where the economic impact of a shutdown would hurt millions of workers and families, I believe the Congress must use its powers to adopt this agreement."

The President of the United States has pointed out that "this" is a "critical moment" for the country's economy, just before the Christmas season, for which reason "the firm conviction of giving better results for the workers to deny them the benefits of the deal they struck and throw this nation into a devastating rail shutdown."

"Congress has the power to adopt the deal and prevent a shutdown. It must put aside politics and partisan division and stand by the American people. Congress should send this bill to my desk well in advance of December 9 so that we can avoid interruptions," he added.