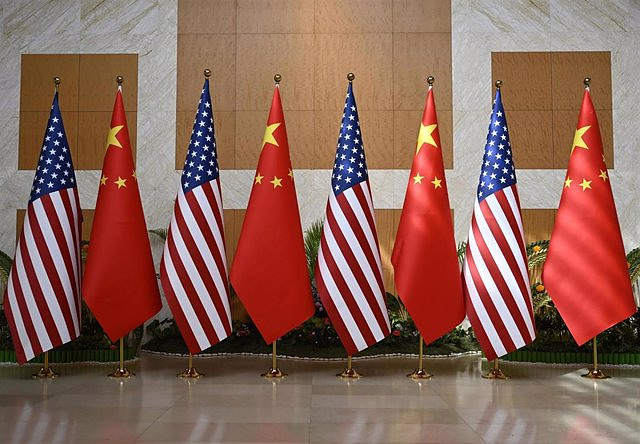 The presidents of China and the United States, Joe Biden and Xi Jinping, respectively, have shaken hands for the first time this Monday as leaders ahead of a meeting scheduled for this day within the framework of the G20 summit that is being held in Bali, Indonesia.

Thus, both leaders have greeted each other and have expressed their desire to hold the imminent talks, according to information from the CNN television network. "I am committed to keeping the lines of communication open between us personally because our countries have an opportunity to address many issues," Biden said in remarks prior to the start of the meeting.

"As leaders of these two countries, we have a responsibility to show that China and the United States can manage their differences, prevent competition from turning into conflict, and find ways to work together on global issues that require our cooperation," he said.

However, the Biden Administration has clarified that, at least in principle, the parties will not make joint declarations and has insisted on not making "concessions on fundamental matters."

The Asian giant's Foreign Ministry has indicated that Beijing seeks "to achieve a form of coexistence acceptable to the parties while defending its own sovereignty, security and interests," according to the newspaper 'South China Morning Post'.

The meeting comes three months after the Speaker of the United States House of Representatives, Nancy Pelosi, made a controversial visit to Taiwan, an issue that has fueled controversy and encouraged military maneuvers by China in the area.

Bien and Xi are scheduled to address, among other issues, their respective relations with Russia, also a member of the G20, in the midst of the invasion of Ukraine, which began nine months ago.

‹ ›
Keywords:
Estados UnidosChinaIndonesiaBaliJoe Biden
Your comment has been forwarded to the administrator for approval.×
Warning! Will constitute a criminal offense, illegal, threatening, offensive, insulting and swearing, derogatory, defamatory, vulgar, pornographic, indecent, personality rights, damaging or similar nature in the nature of all kinds of financial content, legal, criminal and administrative responsibility for the content of the sender member / members are belong.
Related News